Career Strategy vs. Career Plan: Which Road Are You On? 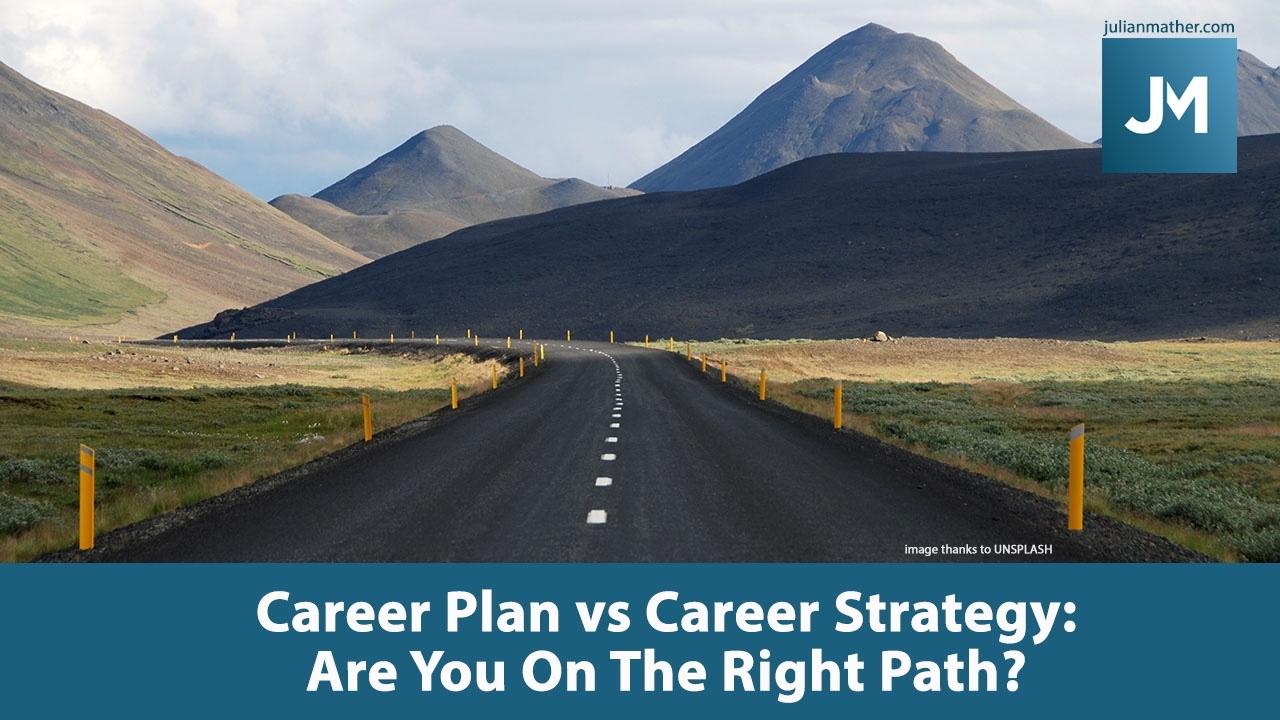 Navigating your career journey is hard enough. Imagine partway through you discover you’ve been given the wrong maps. Could you make a career U-Turn? This discussion piece will let you (and your children) know if you have the right map.

When I grow up I want to be a scientist. That was my career plan as recorded by a Grade 3 sketch I found recently. Drawn by my own hand, the picture has me in a white lab coat and a bunch of test tubes. That plan didn’t make it past high school. I failed Maths, Physics, Chemistry. I didn’t have a new plan. I did though have the patchy beginnings of a career strategy that has served me well since.

I accepted responsibility, I found out what I needed to know and I got on with it.

A career strategy is what saves you when you find out your career plan doesn’t work out the way you thought.

I feel lucky that I stumbled upon this early in my life. I am astonished that decades later they are still teaching our children in an industrial revolution styled classroom and sending them into the world via the Career Guidance Officers, who, though well-meaning, give hopelessly outdated career advice.

Change is the new norm. Workplace automation and robotisation are in our lexicon. More and more people are unhappy with their jobs. Portfolio careers will replace one-job-for-life. In this 21st Century we all need a career strategy to navigate a career change, but, almost no one does.

A career strategy is something every 17-year-old should be taught and most 71-year-olds never have never heard of.

It is a robust set of principles, beliefs and actions that let you initiate career change or survive it, when, and if, it is forced upon you. Yet we are pushed out into the world from school, into five decades of work, and all we get is a pat on the back and a ‘good luck!’

If you are a parent this should concern you. I’m not talking about your child. Their malleable minds will adapt and survive. I’m looking at you. You are at an age when you’ve settled into the drive and you’re not paying attention. Why should you? After all, this is a well-travelled route. 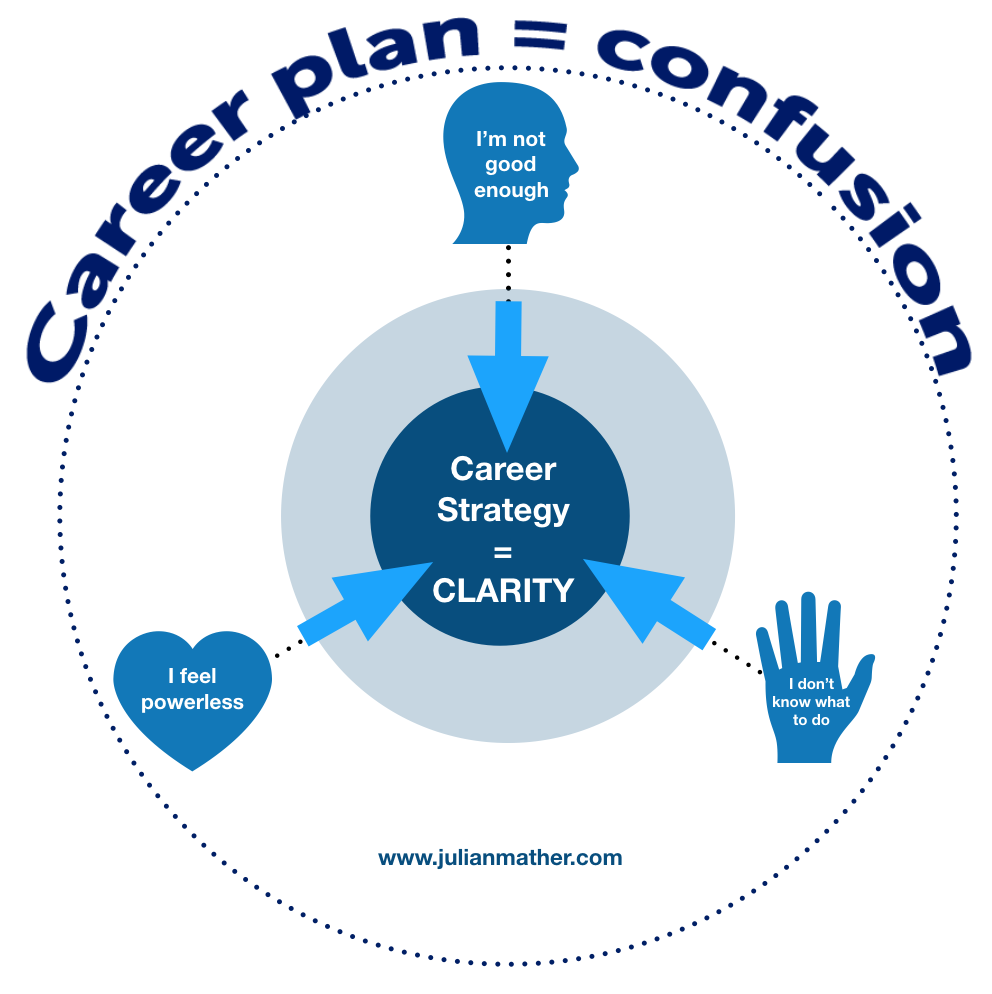 Imagine you were headed somewhere and in an unsettling moment you realise you are heading in the opposite direction. That happened to me.

I was shooting a story for ABC TV 7.30 Report. Queensland had a new police commissioner, Noel Newnham. His first week on the job included a three-day whirlwind tour of South East Queensland Regional Police Districts. We tagged along and reported. The exhausting schedule ended in Goondiwindi late on the third day.

The big orb of yellow light, tired from warming the countryside all day, settled in for the night. We should have followed its lead. Instead, we chose to drive the four hours back to Brisbane, in silence. The conversation was exhausted. I drove, the others slouched. One hundred kilometres out, the curtain of the night sky upon us and the first road sign (that I paid attention to) flashes in the headlights. ST GEORGE 100 KMS. Huh!?

As impossible as it sounds I drove one hundred kilometres in the opposite direction before realising it. Our four hour trip into six. I wasn’t the most popular person in the car that night. I wasn’t paying attention to the signs. My only concern was the bitumen and white lines immediately ahead.

Could You Handle A Career U-Turn?

Most of us can’t because we simply aren’t paying attention to the signs. Whether the bridge gets washed away and you need to find another way, or you’re just feeling battered and scratched and want a change, too many people end up broken down by the side of the road. We aren’t prepared for a career change. We never thought it would happen to us.

The career plan we had for ourselves falls over. It was only designed to work one way.

We think it is too late. I’m too old. The system dictates my future now. What’s the point?

We think we are not good enough

Compared to other successful people what chance have I got?

We don’t know what to do

Job Search Tips like these can get you thinking and are a great way to get the gears turning in your head again. Sometimes it all looks just too complicated. Where do I start?

If you feel this way, it’s likely you have the wrong end of the stick.

We carry around untested beliefs, things ‘our parents told us’, and they just aren’t true. We are self-sabotaging our potential without raising an eyebrow.

We are collectively stumbling from job to job, with our fingers crossed behind our back.

Career plans never had room for variables. Career plans are rigid and lead to confusion because all of a sudden you are trying to fit square pegs into round holes. A career strategy, though, is created with resilience and pliability in the foundations.

Back in the 1970s writer and futurist Alvin Toffler said ...'If you don't have a strategy then you're part of someone else's strategy.’

I encourage you to throw away your 1970s career plan and develop a career strategy that will last you the rest of your lifetime. You then pass it on to your children so they get a lifetime of value from it.

Change is coming. Time to step up.