Is Video Another Career Hurdle For Women

As if women don't have enough career hurdles. Add video to the list.

I travelled the world for ABC TV for twenty-five years. After filming thousands of people on camera it was clear to me that *'middle aged' women were most hesitant, reticent about being on camera.

After talking with the business world about the need to get better presenting on video it's clear to me that 'middle aged' women are the most hesitant, reticent about being on camera.

This didn't really matter up until now. Now Video is becoming an important business language. I came across a Dove soap ad from 2013. It clearly highlights a social phenomenon that would be familiar to most: women recoiling and hiding their face when they suddenly realise they are being videoed.

What we all feel is very real. I'm in no way discounting that. What I can tell you is there are some simple physics of how we look, how we sound, how we move on camera that most of us don't understand and we are making decisions based upon these misunderstandings that could be holding you back. 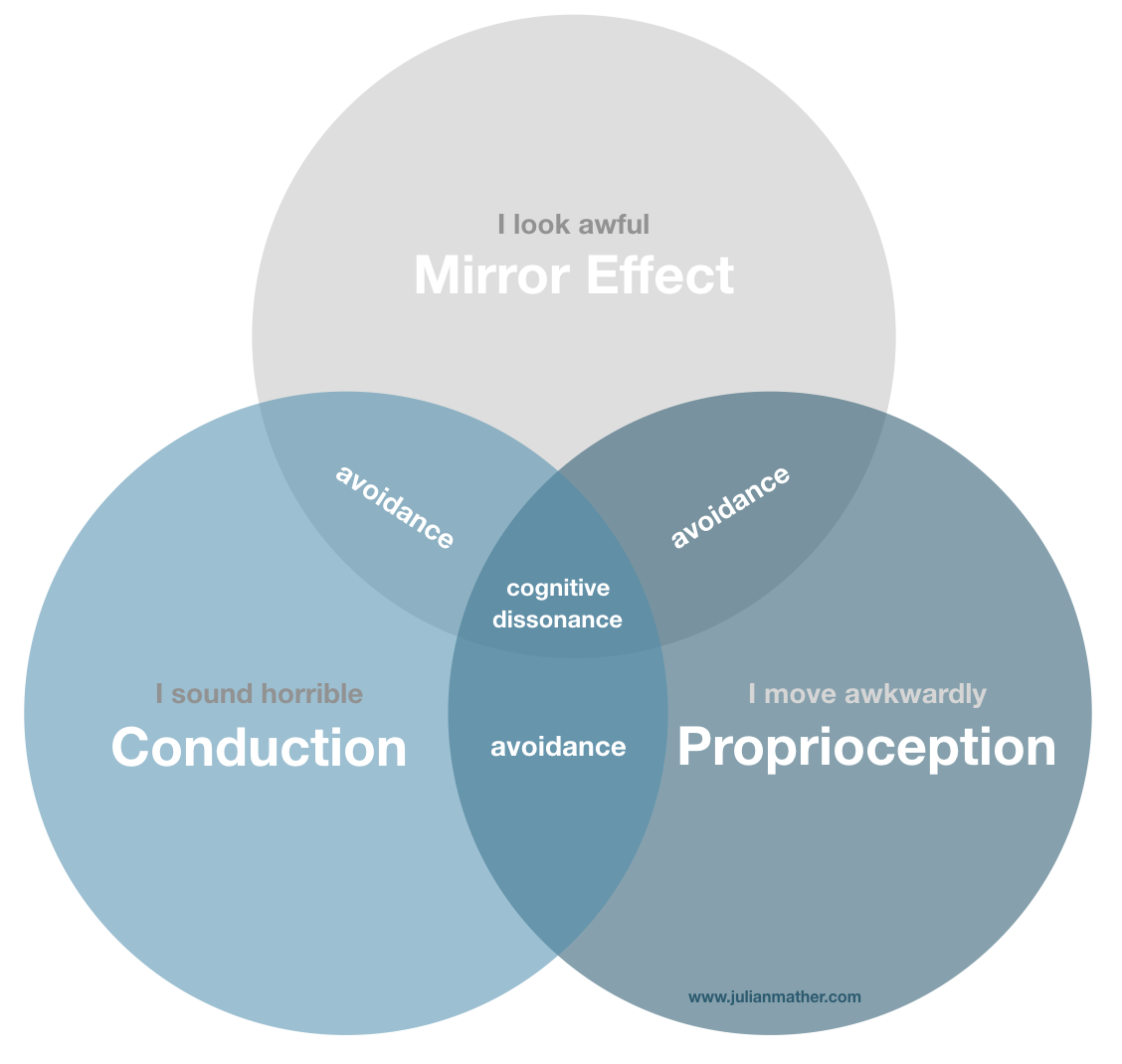 If you think that you're awkward on camera, you'll be looking for evidence of that when you review the footage. You will want to confirm your belief.

This is the mirror effect. We prefer things we are familiar with. We should be happy with our face we see every day.  Except the mirror reverses our face and our face isn’t asymmetrical. All this means that you aren't actually that familiar with your own face. You have always seen a reversal of it.

You are literally the only person in the world that thinks this! This is why you hate you. No one else has the same biases about you, and no one else sees the mirrored you. You are the only one for whom looking at you on screen is odd.

When you speak you hear your voice two ways. Convectively, or sound waves through the air. Think of a fan-forced convective oven. The heat reaches the food through the air.

Conductively is when the vibrations from your voice box travel through the bones of your jaw and into the bones of your inner ear. This is a deeper resonating sound. The mix of the two is how you hear but ONLY you. No one else hears your voice the way you do. They only hear your convective voice. When you hear yourself on video it is often a shock. You think you sound nasally and awful. Nope. We all sound different to how we ‘hear’ ourselves.

This is like your sixth sense - we feel our body movements but we don’t see them. When we see them on video they don’t match the recall of our senses.

Think of when you play pin the tail on the donkey. If you are simply blindfolded with spinning you can pin the tail very accurately. You just ‘know’ where your hand should go. Now get spun around. You have to ‘think’ now and it all seems very odd and wrong. This what happens when you watch yourself move on video. You are seeing it for the first time. You aren’t awkward. It just doesn’t match what’s stored in your brain.

Speaking on video is a 21st Century career skill we are all going to need. It really is time to get video smart.

*I use middle-aged to broadly and respectfully describe an age range of women who are not coming into their first jobs out of college, and who are not counting down the days to retirement.