My Videos Don't Get Many Views - Are You Using Too Much Jargon?

When I was in the army, I met many people who suffered O.R.O.A. An over-reliance on acronyms. They were sending SITREPS(situation reports) about DZ’s (drop zones) to fly in a chopper DUSTOFF (Dedicated Unhesitating Service To Our Fighting Forces) to MEDEVAC (medical evacuation) a casualty.

Too many acronyms cause jargon monoxide poisoning. (26) You can suffocate discussion if the people listening aren’t in-on-the-jargon plus, have you noticed that ‘jargoneers’ tend to talk really quickly. There seems to be so much to say that the content is rushed through.

Have you rung a business and the phone is answered by someone who has answered that phone thousands of times before? They say the name of the business so fast it is almost impossible to understand what they are saying and you are left wondering if you have the right business?

If you find you are writing down acronyms in your script notes for your video, pause, and ask is there another way to say this?

Don’t leave your video audience wondering because you have slipped into jargon. 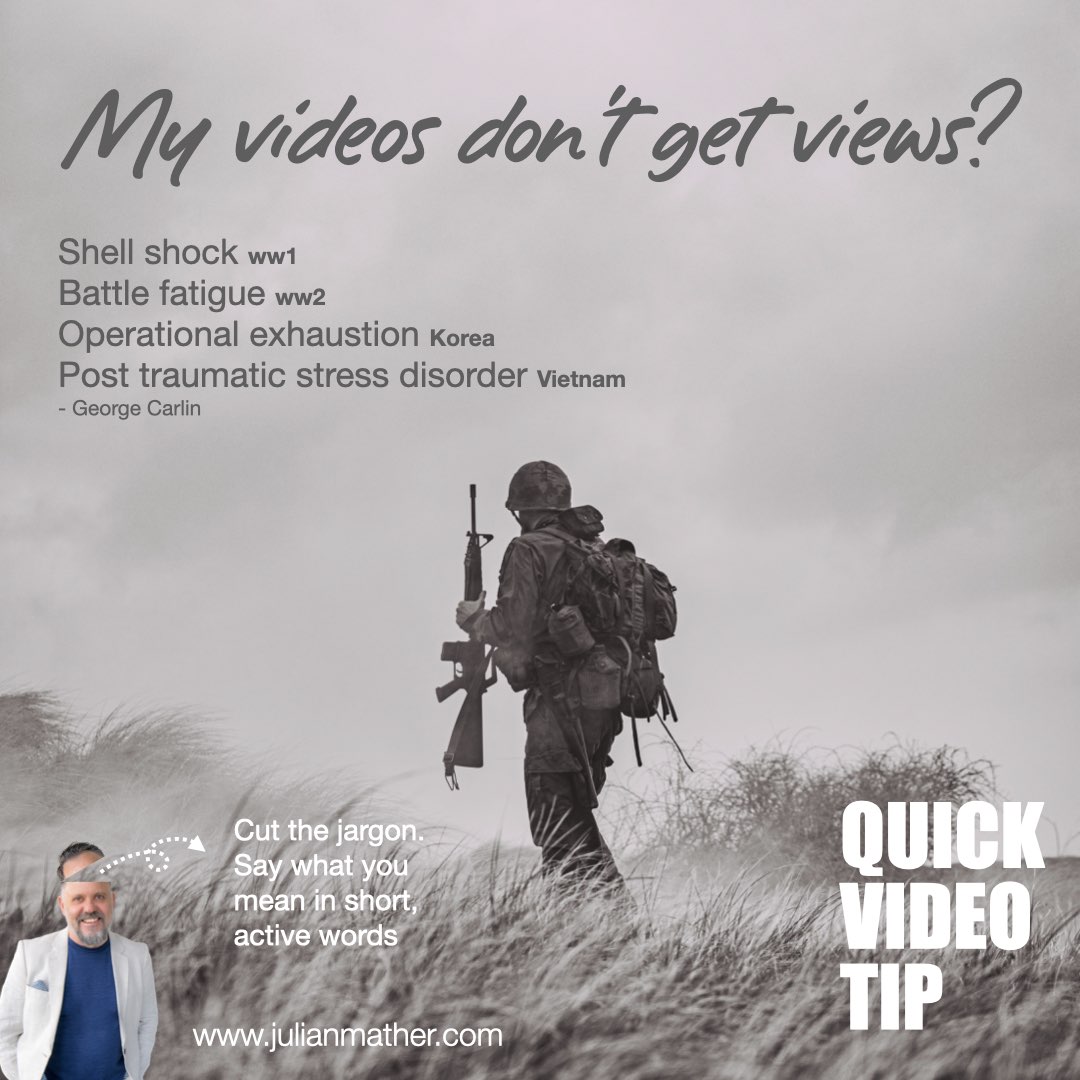