Real Men Can Have Puppets: A Story About Video and Your Ego

Real men can have puppets.

Kids and family magic is the bread and butter work for a lot of magicians. Fart jokes paid my bills for a few years.

I was also advised to put a puppet into my show. I drew the line at that. This bloke does not stick a puppet on his hand! I am more sophisticated than that. I am cleverer than that.

Well, two years later, I had a puppet on my hand. His name was Peeky the Cheeky Monkey, and I wish I had started using him two years earlier.

He quickly became the star of the show. Not just with kids, but with adults too.

Groups of dads with beers in hand would stop their cricket discussion and tune in for five minutes. 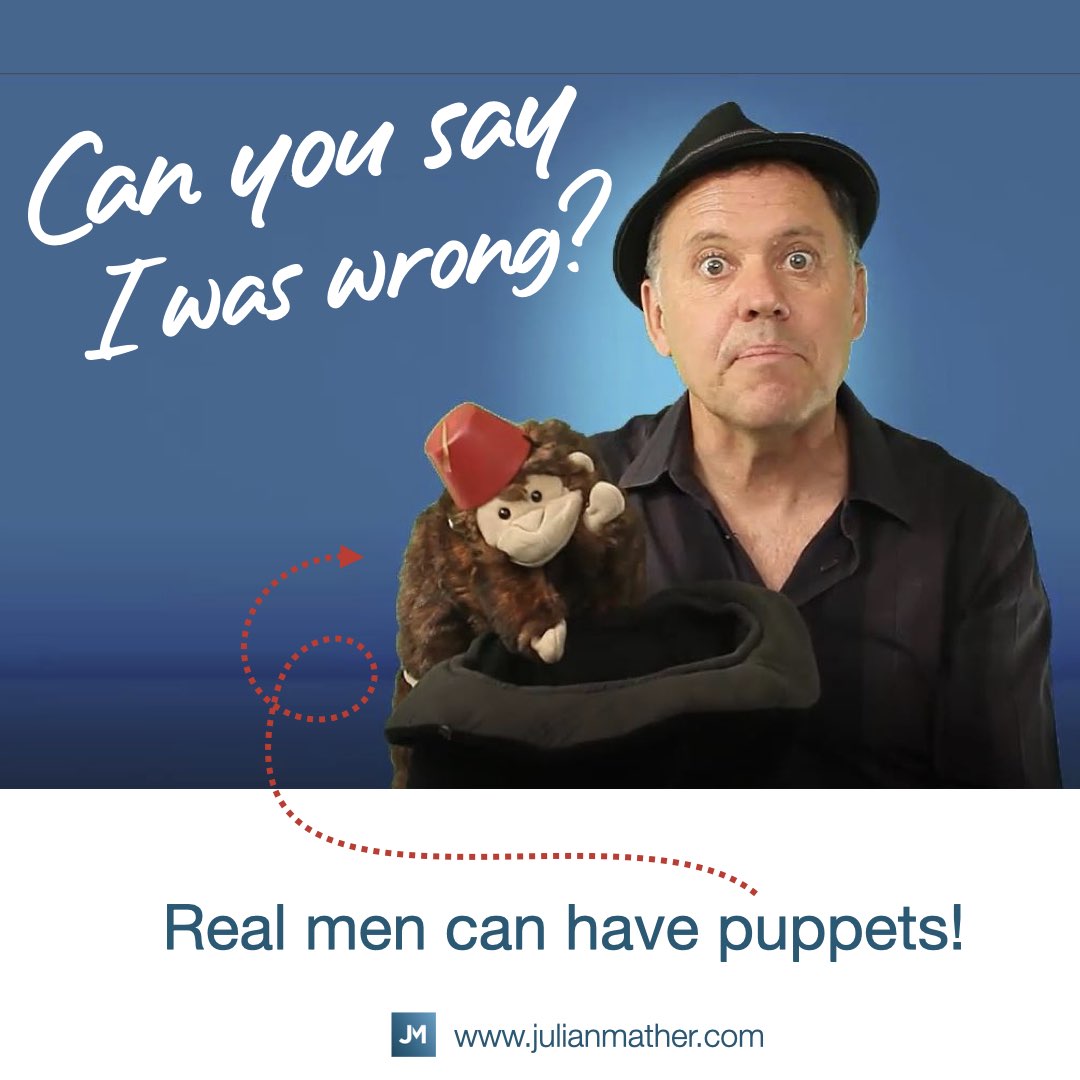 In our DNA, in our psychology, in the depths of our souls, if we lose someone we love, if we had one wish, we would use it to bring our loved ones back to life.

This is why a silly $25 puppet was the star of my shows. There truly was magic in the air.

At my expense, I dismissed using a puppet because I mistakenly thought it lacked sophistication.

My ego got in the way.

I regularly see people’s egos stopping them from using their smartphones to shoot videos.

They tell me smartphone cameras are not good enough, that they need 'professional' video equipment.

I don't think like them. I was wrong about the puppet but not about smartphones.

If I could choose only one camera to further my business, with no qualifications and no exemptions, it is a smartphone.

That's not hollow advice. I've been a world-class cameraman/videographer/cinematographer - whatever you want to call me - and the only camera I now own is a smartphone.

Whatever camera you choose, just don't let your ego choose it for you.

I WAS WRONG is a series of posts I'm creating to encourage others to be ok with saying you were wrong. To learn we must make mistakes yet society makes failure almost taboo. Most of my modest successes happened because I was willing to fail. Will you join me and lead by example? When were you wrong?