What I learned about audiences after doing 2000 magic shows.

This surprised me even after the 100th time it happened...

I would do a show and I felt in the flow and the audience loved it.

I would do a show an hour later, everything exactly the same and the audience would sit there with arms crossed.

I would think whaaaaaat? What am I doing wrong?

Turns out nothing. Turns out that audiences are all different and each expresses itself uniquely.

Those same people with crossed arms and frowns would come up and say that was the best magic show I've ever seen.

That was their way of expressing it.

Same with online videos. I have people tell me they never interact with my video posts but really appreciate them.

If you are using likes as a metric you might be making decisions based on inaccurate data. 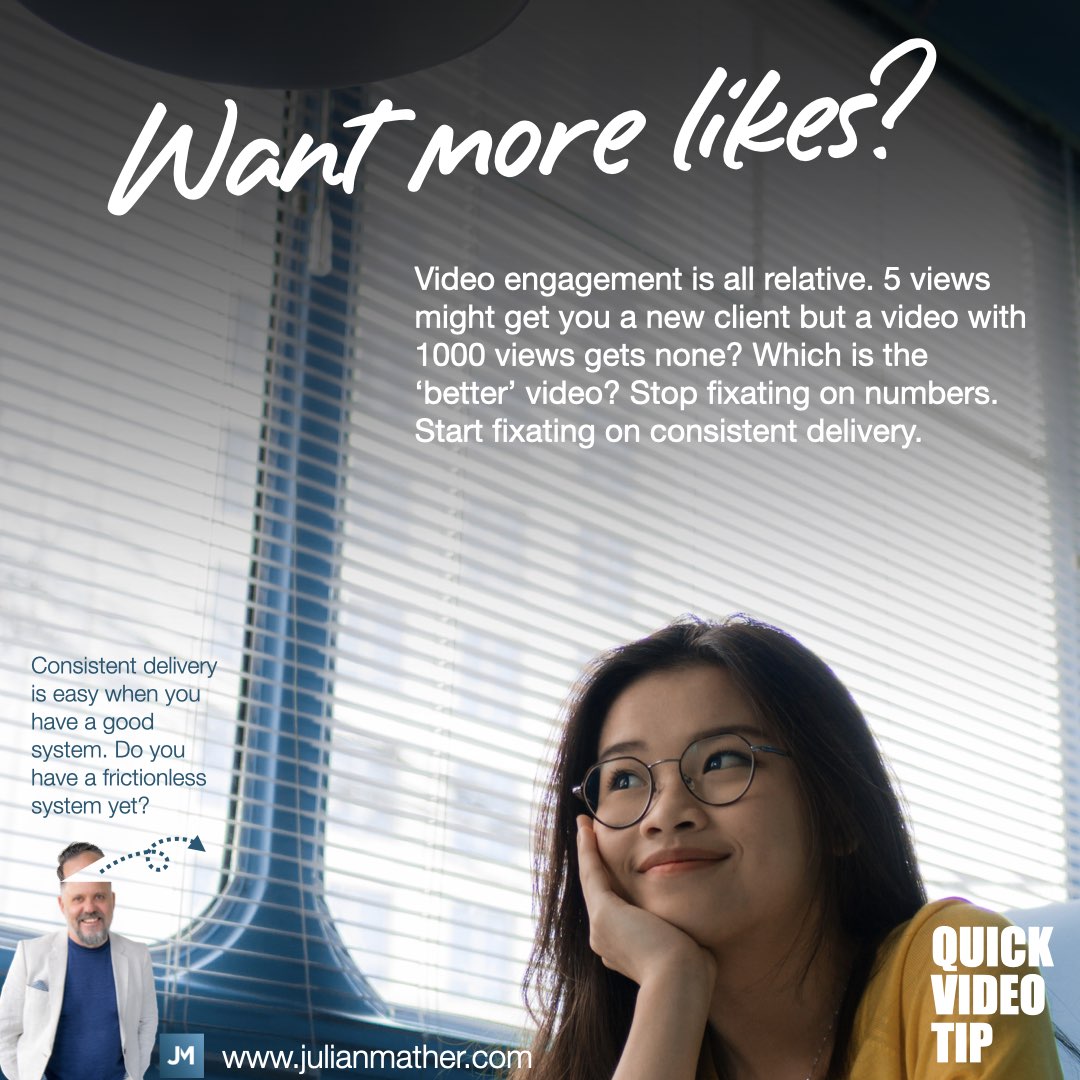