What Little Red Riding Hood Teaches Us About Confidence And Video 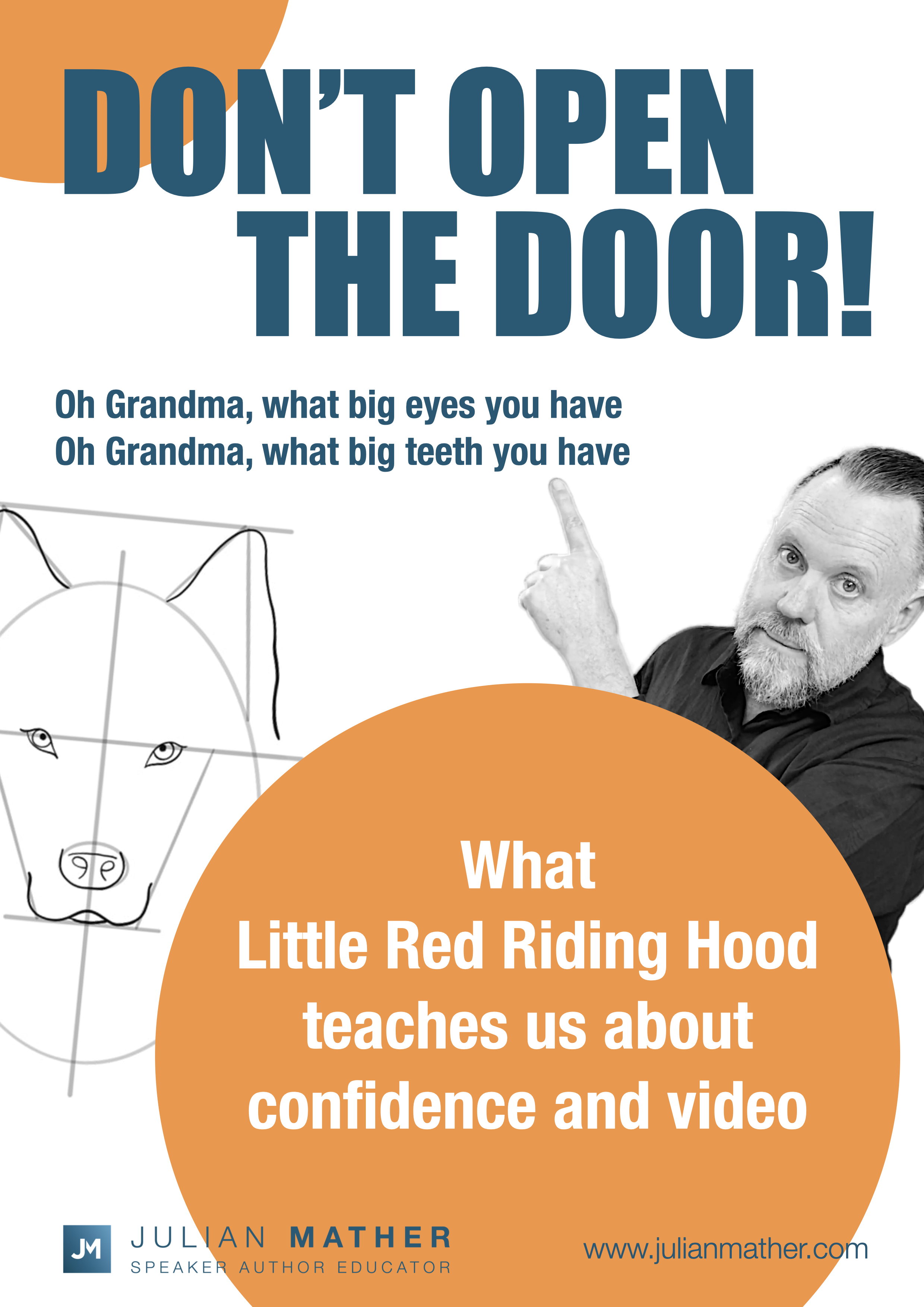 For centuries we have been told ‘beware the wolf’

Oh Grandma, what big eyes you have

Oh Grandma, what big teeth you have

We all know that wolves like to dress up in sheep’s clothing.

Yet every day we let these wolves into our lives.

And every day they gnaw away at our self-confidence and erode our conviction to show up on video.

Too fat. Too bald. Too poor. Too much time away from the family. Too little attention paid to your partner. Too embarrassing to have the old model. Too underdressed to attend the event. Advertising runs on shame. If we continually don’t feel good enough it is hard to show up on video.

Traditional media is a business. It sells ads between the content. It worked out long ago that fear sells. Ever wondered why there are so many robbery and home invasion stories on the news? It’s because it sells security and alarm systems well. If we have a diet of traditional media, we can’t help take onboard the negativity it promotes. A negative mindset does not nurture the positive mindset needed to speak your voice.

Social Media pits us against each because social comparison sells. Fear of missing out sells. Keeping up with the Jones’s sells. Being in the habit of comparing yourself to what others are doing on their social channels for business saps you of confidence that what you have to say matters.

For a lot of us, our resistance to standing up and speaking out started in third grade. Our first public speaking experience was likely in front of the class. We were marked on our public speaking. The story we started telling ourselves was that there is a right way and a wrong way to speak. The first story is that we won't speak up because we are conditioned to fear that we might say the wrong thing.

These stories are the soundtracks to our lives in the Western world.

I’m not saying that they are menacing.

I just want you to be aware that they exist.

What can you do about it?

What I’ve done is trade an hour a day of traditional media for podcasts that strengthen my knowledge and deepen my convictions.

This has helped me enormously to show up on video and stand my ground.