Are You Struggling To Build Authority? Tried Video? 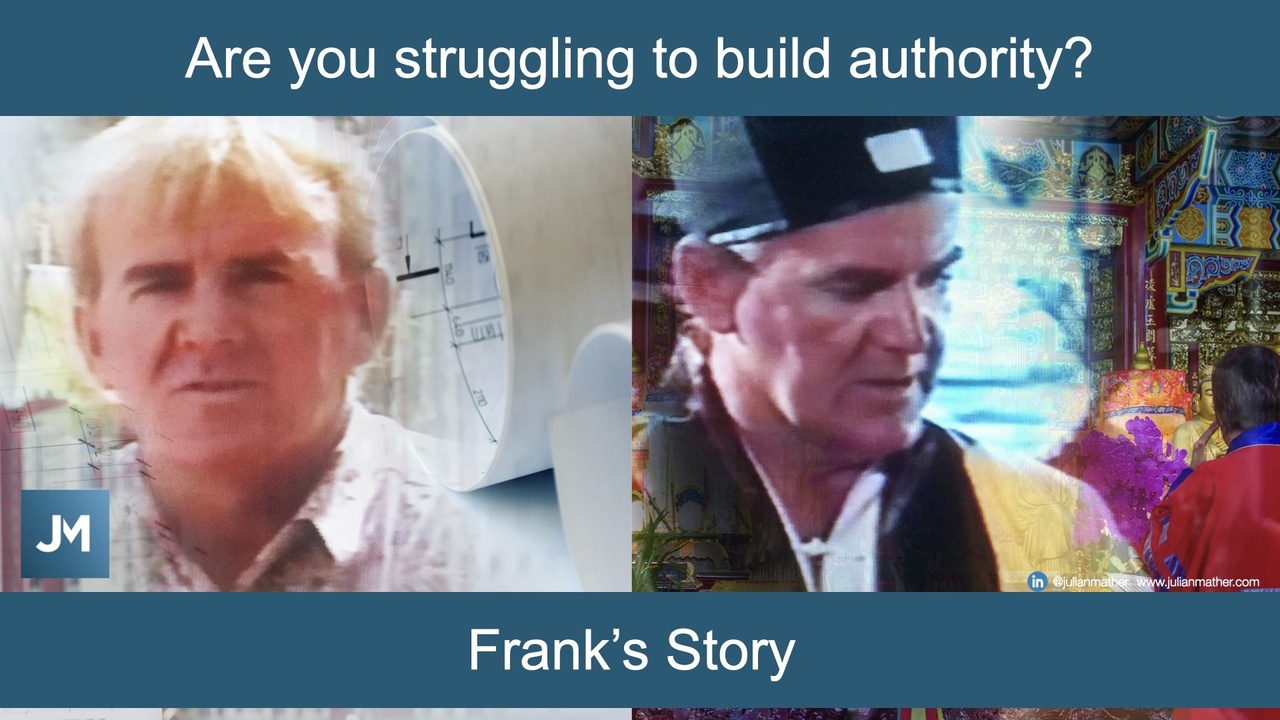 👉Are you seen as a leader?

The best lesson I ever learned from Frank started with a question:

❓What are you willing to let go to be better?

Frank was an unlikely teacher.

A no-nonsense, knockabout sort of guy

Frank went everywhere with a hard hat, a roll of plans under one arm and a surveyor's ‘theodolite' under the other.

Frank was asked to submit a quote to build a temple.

Not just any temple, the largest Taoist temple outside of mainland China, and it was just down the road from where he and I live in Australia.

Frank thought that'll be a laugh, so he drew up some plans.

He didn't bargain on it but he got the job.

Before work could begin, there was the alignment ceremony to attend to.

“We need to align the site to a spiritual energy axis of the water and the mountains,” the Taoists smiled.

‘Right you are,’ said Frank. See you there at 9 am Monday morning.

So Frank rolled up with his hard hat, his set of plans and his theodolite

They rolled up with two Taoist masters they had flown out from China but before he can even get his theodolite set up the robe-clad masters had picked up two sticks, pushed them into the sand and said align the temple to this perfect axis of sea and mountains.

‘Yeah, right you are,’ said Frank. The Taoist Masters left.  But Frank’s curiosity was piqued, so he followed up on this, and to his surprise, they were spot on.

Frank got curios-er and curious-er. He asked questions. His ideas were challenged. He learned, unlearned and relearned.

Well, the short of it is Frank became a Taoist monk.

Talk about a transformation.

He went from a meat-and-mash-potato sort of guy to vegetarian.

From builders boots to toe sandals.

Frank has always served as my yardstick for personal change. If Frank can change then I can change.

I’ve discovered that my clients who have the greatest success using video to build their authority don’t get there because of the technology. They are the ones who are willing to leave behind the story they have told themselves that they’re no good at video, it’s too technical, that they’re not good at presenting.

✅then I've got a Calendly link that I've created so you can choose the best time that suits you.

✅Email me if you'd like the link [email protected]