Would You Be A Good Interviewer on a Video Podcast 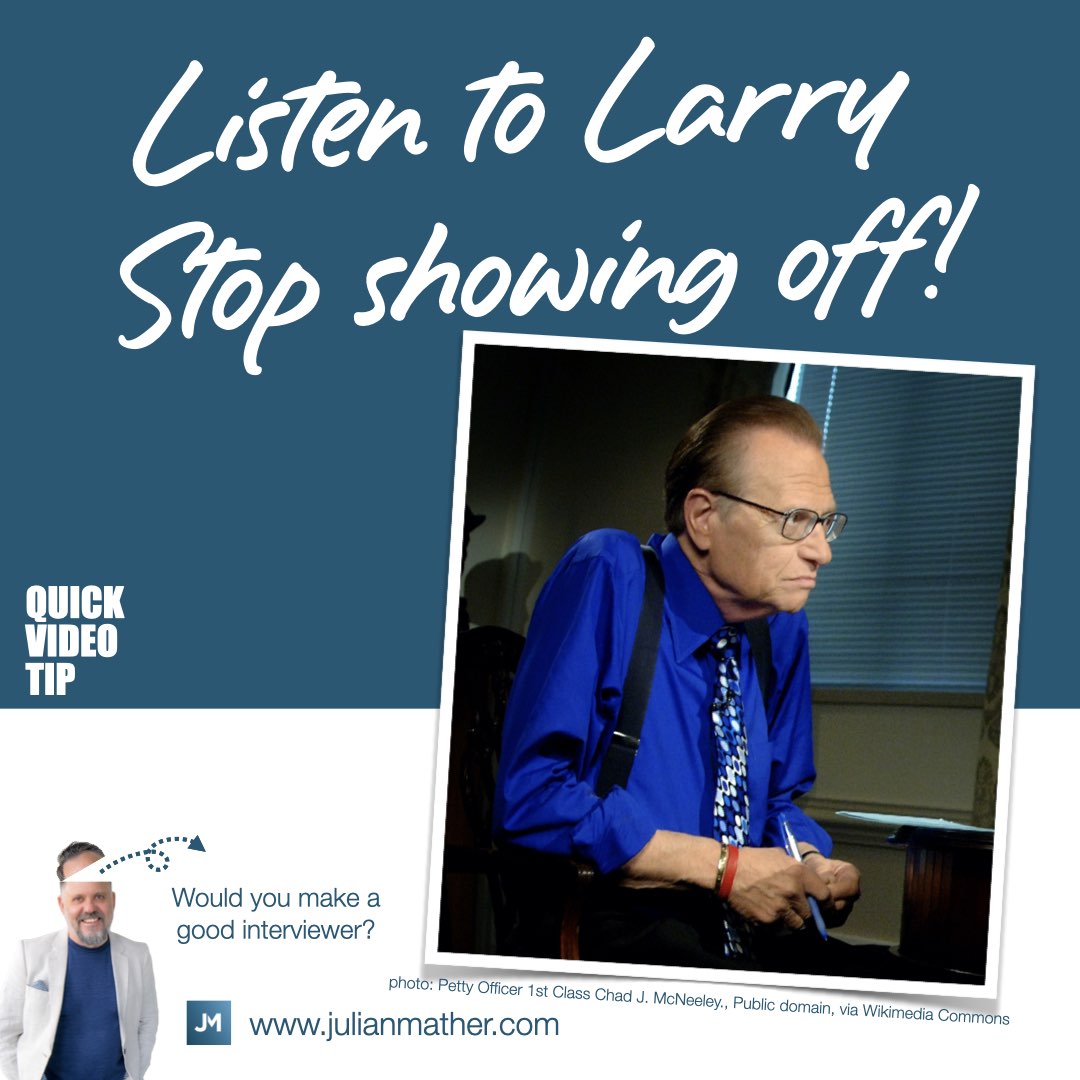 Would you make a good interviewer?

If you want to interview well, then

'When the question is longer than the answer, you're showing off.'

'Much better to ask and then what happened? is that important? how did you know?'

But there's a problem.

It's to do with the rise of content creators and podcast hosts and video hosts.

Some of you just won't shut up.

Have you listened to podcasts where the interviewer won't shut up? I really like Here's The Thing with Alec Baldwin. So often I'm yelling at the sky like a madman 'Shut the f up Alec!' Let the guest speak. It's part of his charm I guess. I keep coming back.

Maybe you have got the magic mix of intellect, wit and X-factor to pull to create your own show highlighting YOU. All power to you.

Most of us don't. Me included.

'Good interviewers are simply themselves. They’re not acting. They’re curious. They know how to be quiet and listen. The authentic ones who ask good questions are the ones who extract profound answers instead of clichés, and who get past the surface and into something that rarely gets explored.'

With respect, some of you should try this.