Is Cheating Knocking You For Six At Work? 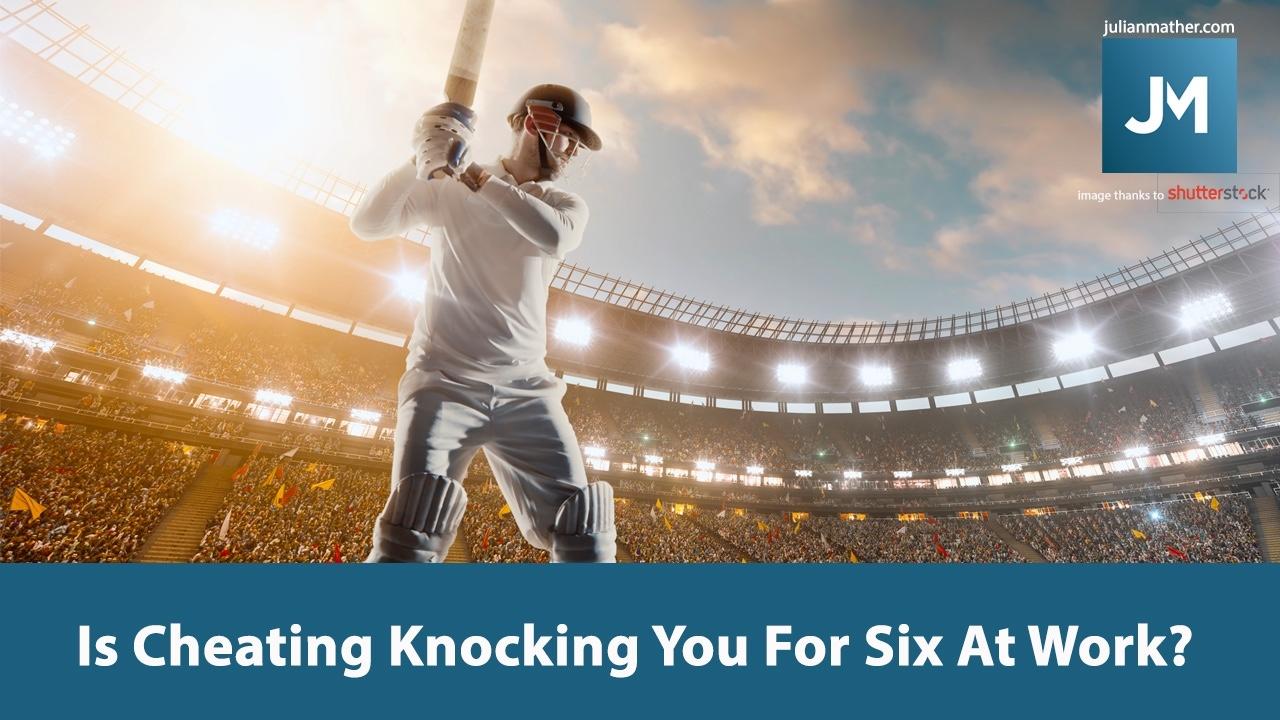 Ball tampering. Yet another disappointment huh! Are you affected at work by this?

In some small imperceptible way are you rolling up to work today just a little more deflated?

Cricket makes me yawn but ball tampering makes me turn the radio up. I didn’t understand why until I read this ABC opinion article by journalist and presenter Stan Grant.

In it, he posits that the neoliberal world we live in, a world governed by market forces more than political borders, has created an age where the individual - with a winner-take-all attitude - is exalted above society. Cricketers he says, are a prime example.

“They are paid millions of dollars, guns for hire to the highest bidder.

They no longer simply represent Australia — they play for Australia: they represent themselves.

Steve Smith can fly to South Africa to captain our national team and then return home and just as easily hop another flight to India to play in the rich Premier League, swapping his baggy...

What Matters To You At Work? 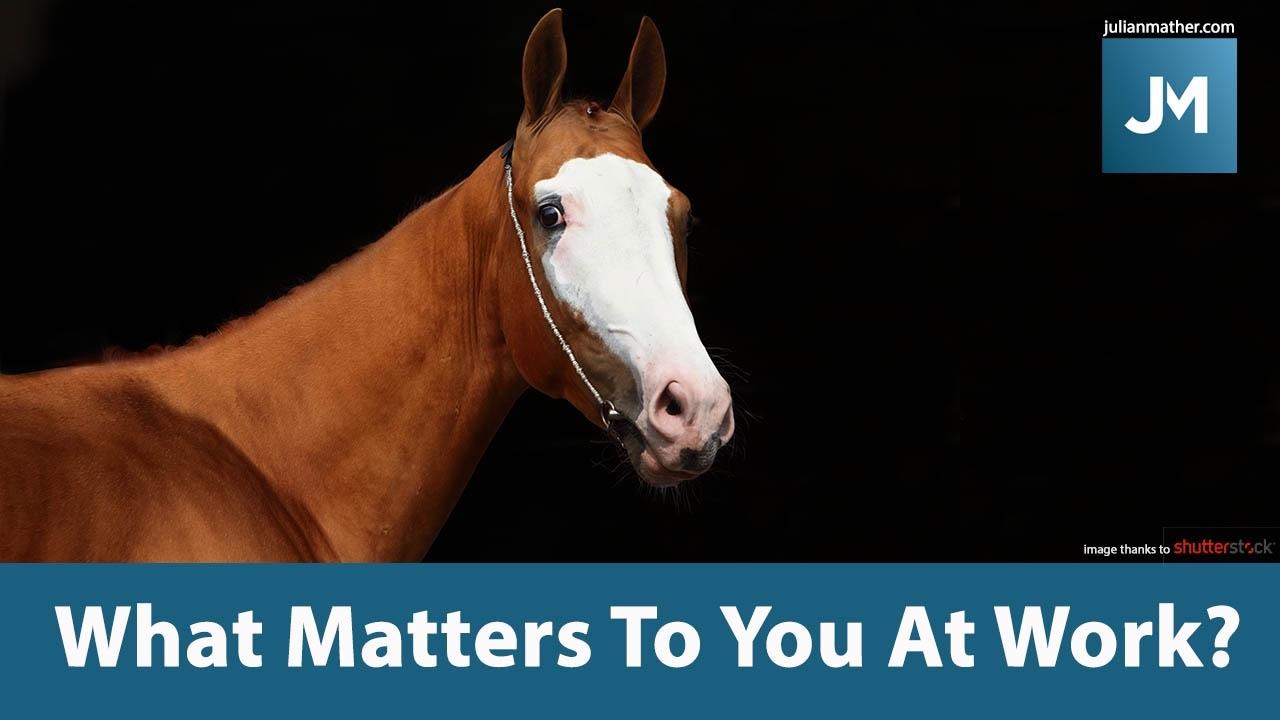 Jordan B. Peterson, Canadian clinical psychologist, cultural critic, and professor of psychology at the University of Toronto has been in the news a lot lately. I was intrigued with his arguments about personal responsibility and how quickly ‘right wing’ is stamped on the foreheads of those who speak it.

I’ve been reading his book 12 Rules For Life: An Antidote To Chaos.

It got me thinking again as to why management has short-circuited getting to the bottom of the large numbers of their people who are unhappy at work.

Jordan Peterson made an observation: writers of old texts, including the Bible, did not and could not have written through a scientific lens. Any works older than five hundred years - when the scientific method was prescribed with the work of Francis Bacon, René Descartes and Isaac Newton - could only have been written with a different view on the world … and a view suited more to the pressing concerns of those times. Scientific...

Will You Divorce Your Job? 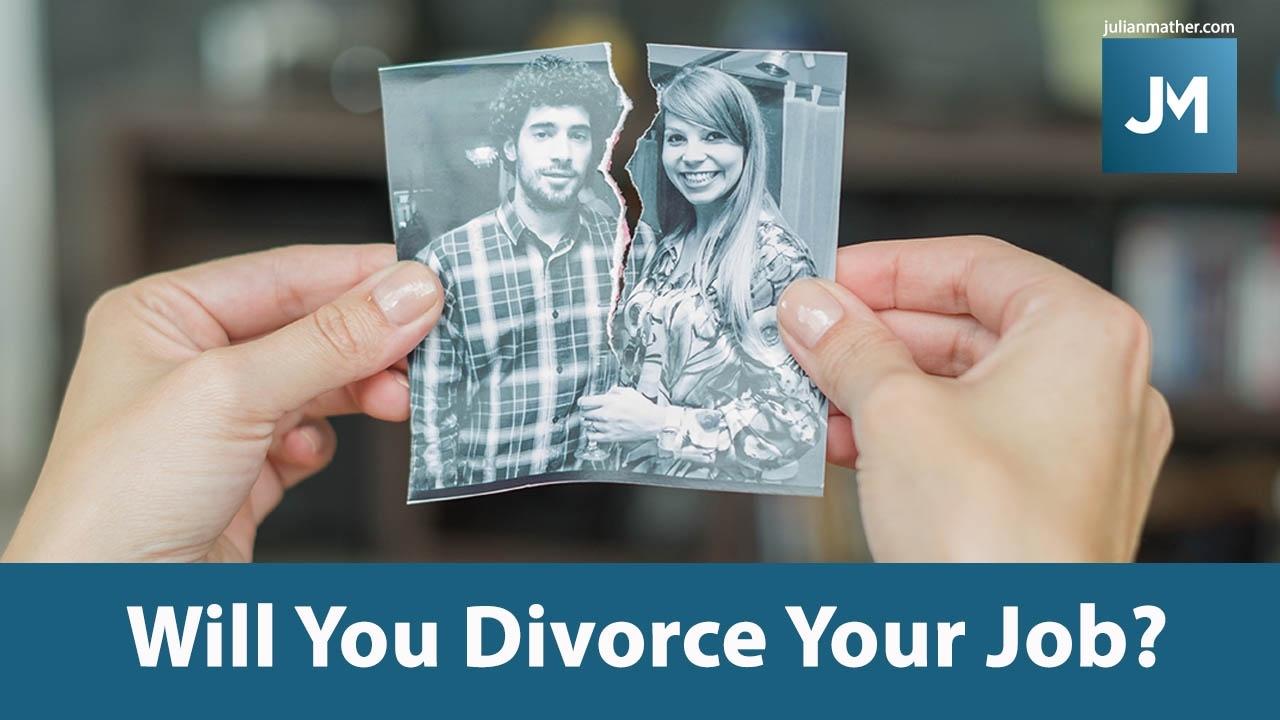 What’s in a word? Engagement for instance. In the business world, an engaged workforce is a productive workforce. Employee engagement though seems an elusive goal.

Look at the word engagement in a different light. Used in the sense we are engaged to be married, it means you are signalling a commitment to each other, to work together for mutual benefit. For any marriage to work, there has to be give and take, compromise and awareness.

With so many people unhappy in their work could it be time for organisations to see and use the word engagement differently?

There’s talk of an employee engagement crisis across the globe. Some argue this is over exaggerated. One camp says up to two-thirds of the workforce is disengaged. Another argues it’s about one quarter.

Regardless there’s a lot of people unhappy at work.

And how are organisations dealing with this? Not well by most engagement metrics. Billions have been spent. Complex programs with a lot of...

Time For Self Discipline To Get A Woman’s Touch 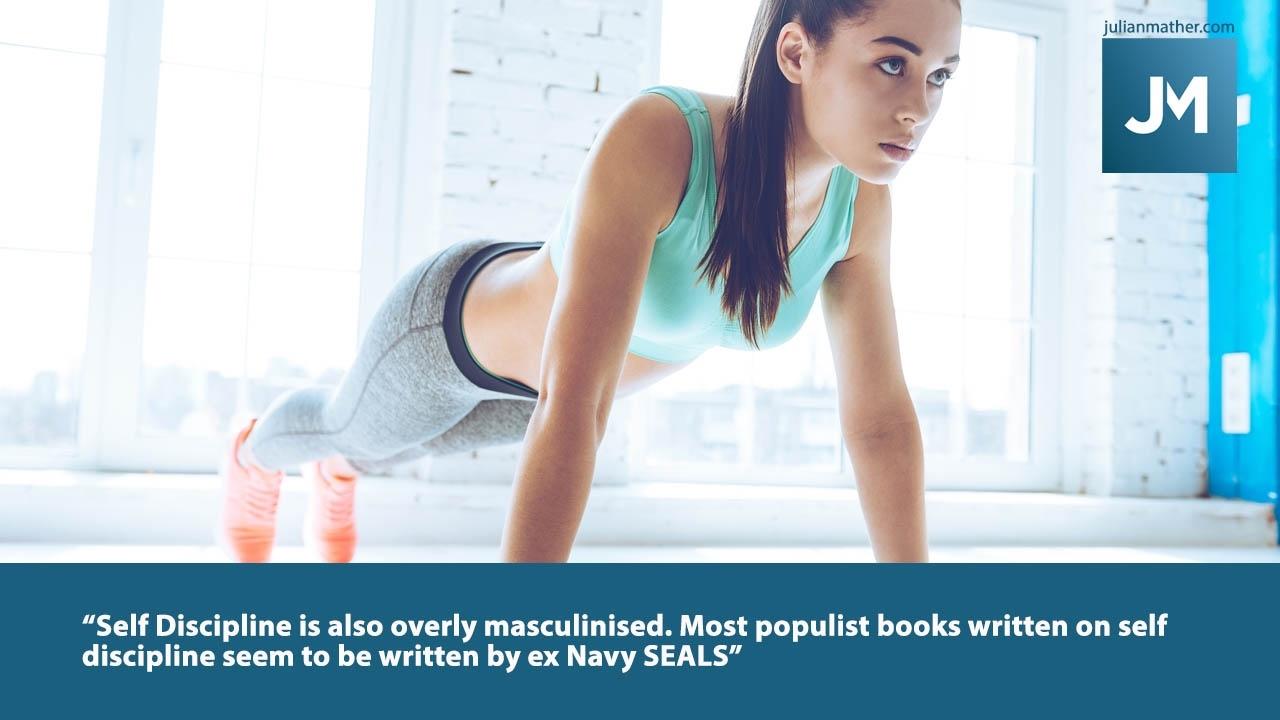 Schools need to be revealing this to early Primary children so by the time they are older Primary students they are already leading the younger students through example. Self discipline turns managers into leaders who by example, not words, lead their staff towards profitable businesses. Partners in intimate relationships need to self educate themselves and quietly, lovingly take a stance. Your partner will sense your change and quietly rise to meet you.

Relationships, businesses, individuals all flourish with self discipline.

Why don’t we hear more about it? Because it’s not glamorous. It’s un sexy. That’s its problem. It doesn’t come beautifully packaged and gift wrapped. If you had to shop for it... 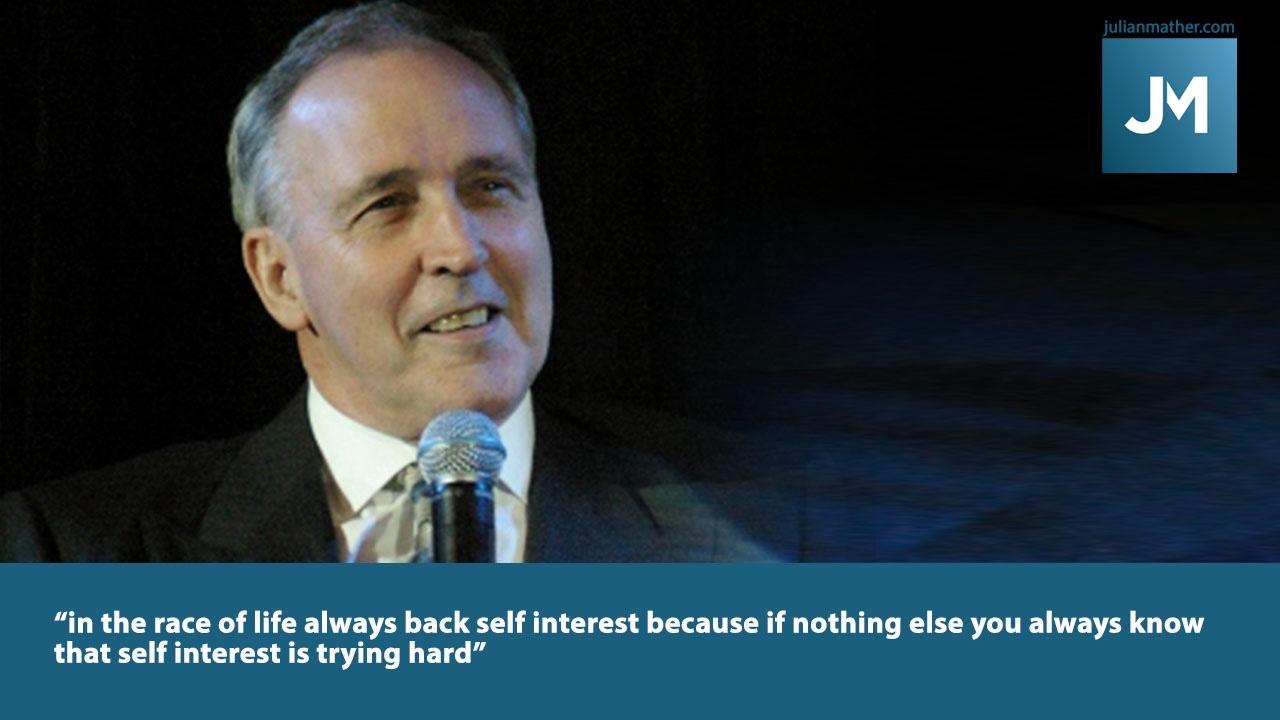 Do you drive a car?

What keeps you from driving into the oncoming traffic at 100 kms an hour? It’s not the white/yellow line painted along...

Self Discipline: The Missing Piece of the Employee Engagement Puzzle 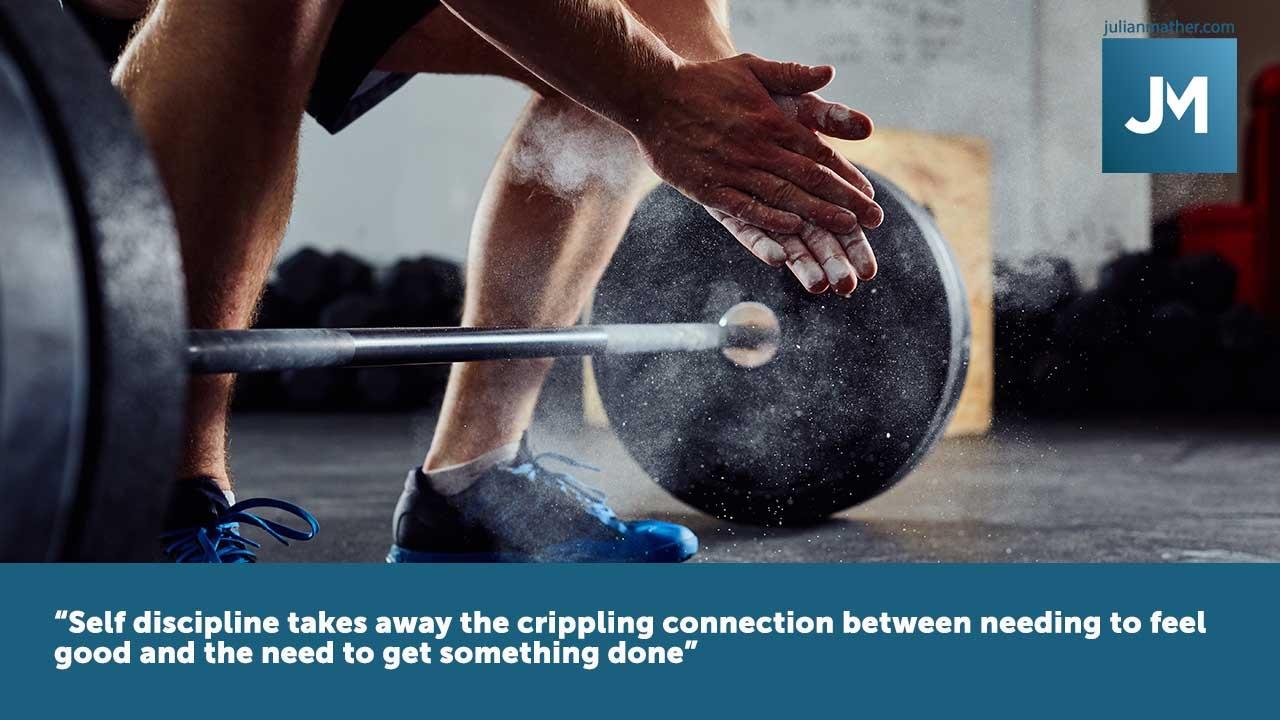 The workplace has changed and the worker of today has a different set of values and a different agenda: they need to be intrinsically motivated to work. We now have a square peg and a round hole.

Employer and employee are scrambling to work out this motivation puzzle. The truth is most are chasing their tails in a circle because they are missing a key piece of knowledge: the relationship between motivation and self discipline.

Until both employer and employee understand this, all other efforts to improve employee engagement will likely fail.

Understand this and you will see employees go from apathetic to activated. 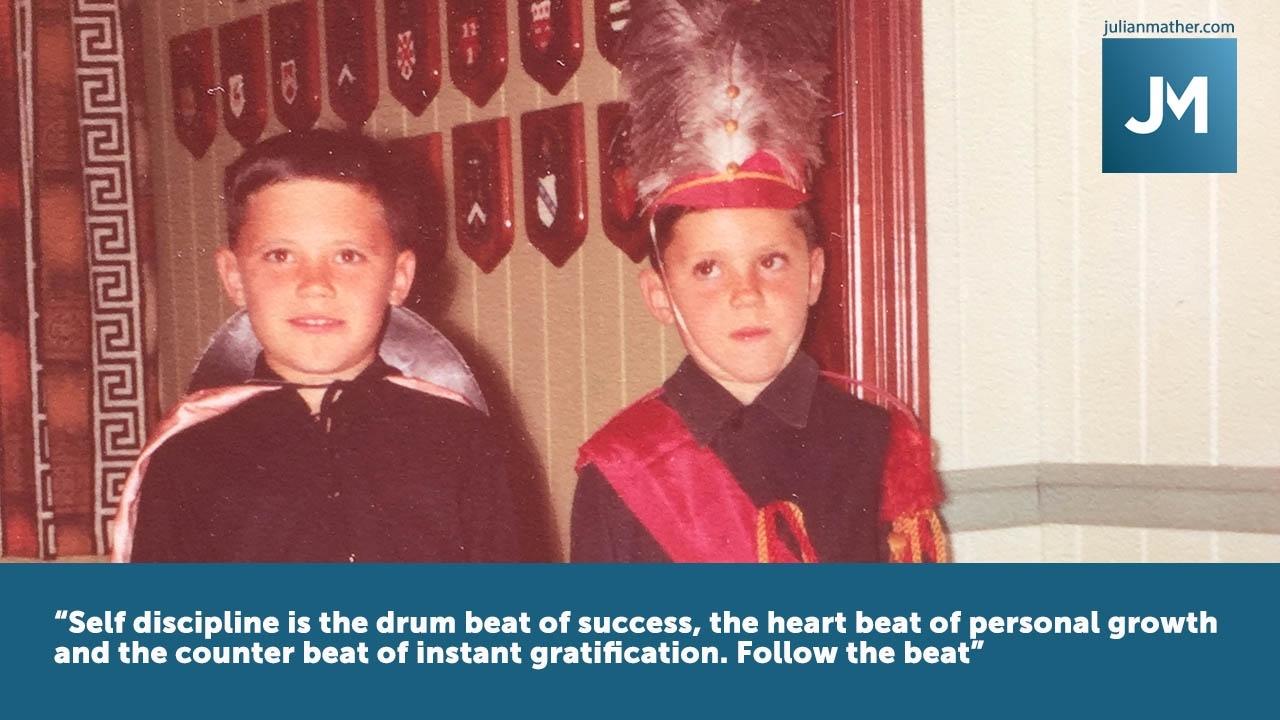 Army Sniper School introduced me to the surprising power of self discipline to make measurable change in my life. The measure, in this instance, was accuracy. Eighteen months before my sniper training started I knew nothing about weapons. I once wondered does the bullet came out faster if you squeezed the trigger harder?  Seven weeks after starting sniper training I graduated with a new skill. I could - and I quote from the army manual -  ‘kill a man with one shot at ranges up to 600 metres’. I am happy to report I never had to.

Sniper students were schooled and ruthlessly tested in six subjects over seven weeks: shooting, stalking, camouflage/ concealment, navigation, observation and judging distances. You were tested weekly on each. Forty two tests. If you failed any test at anytime you were out. A handful of the original twenty course-starters graduated and they were not necessarily the best shots. Naturally gifted marksmen went home early while ho-hum...

What's Your Relationship To Success: Fame, Money, Status or Lack of Regret? 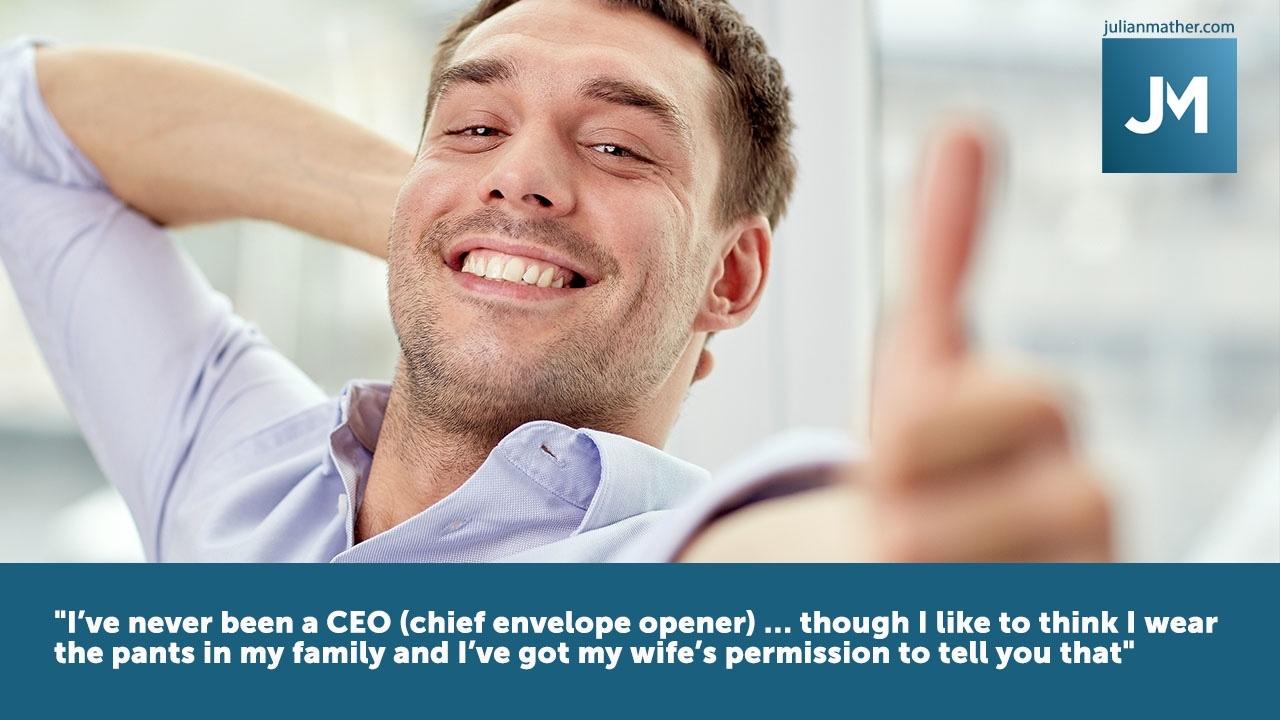 Self discipline is not about transcending all of life’s struggles. I struggle every day and I’ll tell you what, I’ve never met anyone honest who doesn’t either.

My most recent struggle was believing I was successful. Understanding your relationship to success is critical to understanding self discipline. For years, decades, I never thought I was. Turns out that I was using the wrong measure of success. I was measuring success by income. I had fallen trap to all I am about to outline in the next few paragraphs. This was my blindspot. And this is really important because it’s pointless mastering the art of self discipline if at the end you always feel like you have failed.

I read the transcript of a commencement speech by writer David Foster Wallace. Here's a taste ....

“If you worship money and things then you will never have enough. Worship your own body and beauty and you will always feel ugly. Worship power - you will feel weak and afraid,...

The Time is Right For Self Discipline 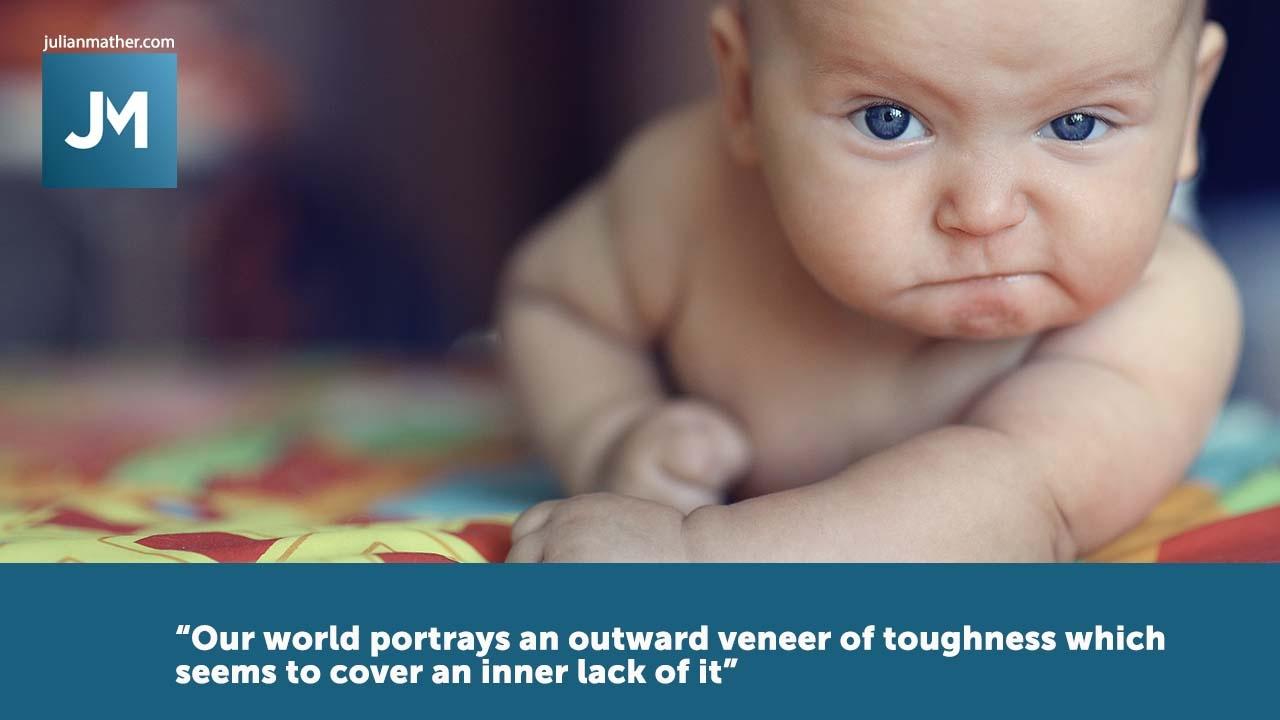 Don’t roll your eyes. Don’t say you haven’t got time for this mindset sort of stuff. I once said that too. Guess what? I was wrong. I was ignorant. I just didn’t know what I didn’t know. The price I paid for this? Wasted effort. Wasted time. Wasted potential.

So if you are busy and someone who doesn’t like wasted effort then you are the person who needs to hear this.

You will also have a little light go on inside your head. Insight! That insight will lead to hope. That hope becomes optimism. The optimism leaks from you as ideas. You’ll turn those ideas into systems. Be you an individual or an organisation, those systems get you from A to B on whatever journey you are on. This is how you come to know and love and champion the cause of self discipline. Or should I say the little known process of self discipline. Why is that?

Why is the process of self discipline, something so useful and effective, seemingly unknown in a wider sense? 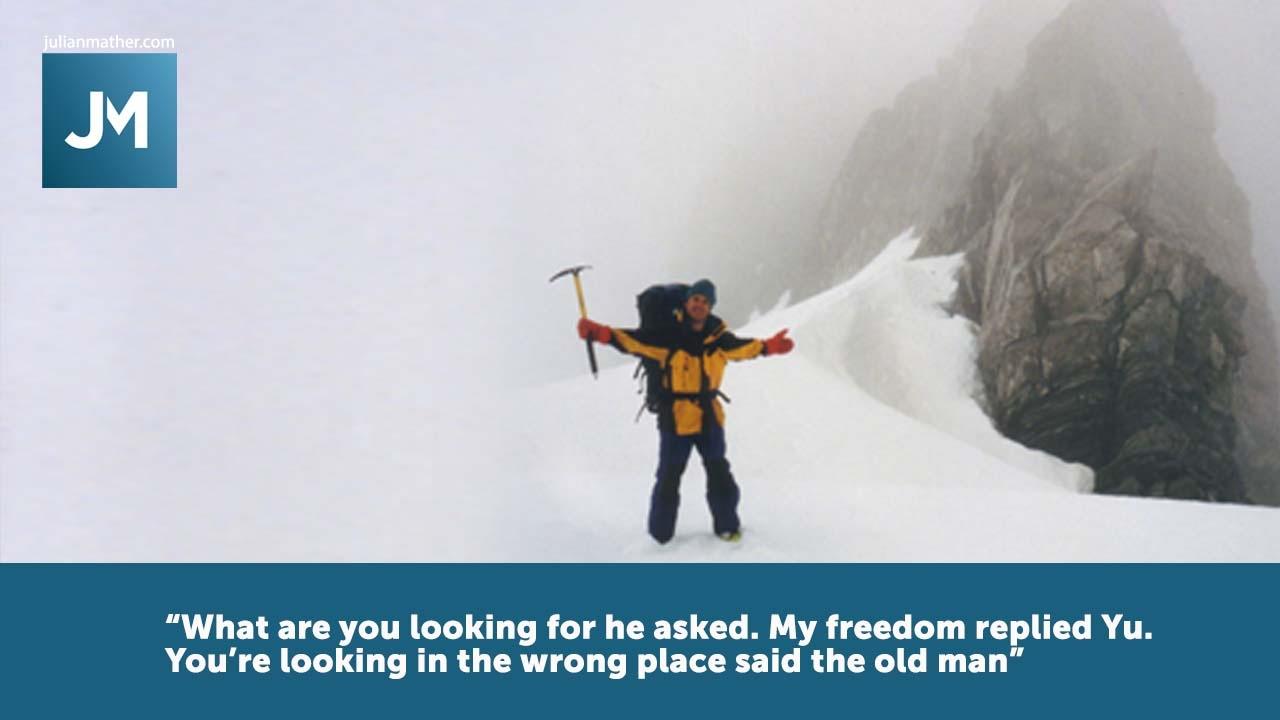 There was once a hard working man named Yu. He worked a patch of land at the base of a big hill. The same patch he had worked for many years. Sting, sting, sting the sweat flooded his eyes. Drip, drip, drip the sweat fell from his nose. Dig, dig, dig his shovel groaned.

An old man passed by. What are you looking for he asked. My freedom replied Yu. You’re looking in the wrong place said the old man. It’s on the the other side of the hill. It’s in a cave. The treasure that you seek is always in the cave you fear to go said the old man. Come. I’ll show you how to get there.

Yu had never been to the top of the hill. He often wondered what it looked like. He had been told the view was very beautiful. What would he see? He rarely looked up at the hill for every time he did the sweat would drip drip drip into his eyes and he would have to quickly turn away and keep digging.

You are wrong old man. You and stories of caves and treasure. You are a foolish old...

Next Get Video Smart Workshop

Read the most relevant book on business video

Download your complimentary copy, for free, right now and be blown away by what you learn.

Better Video Testimonials: Great Answers Are Born From Great Questions
Record Front and Back Smartphone Cameras at the Same Time
Are You Trying to Be Too Perfect In Your Business Videos
Close

Get your book + get updated monthly

I'm here to help, not hinder you. You can can unsubscribe discreetly at any time.