Here’s a paradox. You cannot fudge looking confident on video but you can fudge confidence to look good on video.

As a documentary cameraman, I spent thousands of hours studying people’s faces while they talked. I could always tell when they weren’t confident. I didn’t know why I just knew.

Then I worked on a documentary series called Primal Instincts with Dr Paul Ekman also known as "the best human lie detector in the world.”  In between filming, I would discuss my observations with him. He suggested I was picking up on microexpressions. Microexpressions cannot be controlled as they happen in a fraction of a second, they are encoded in facial muscles, they cannot be hidden. 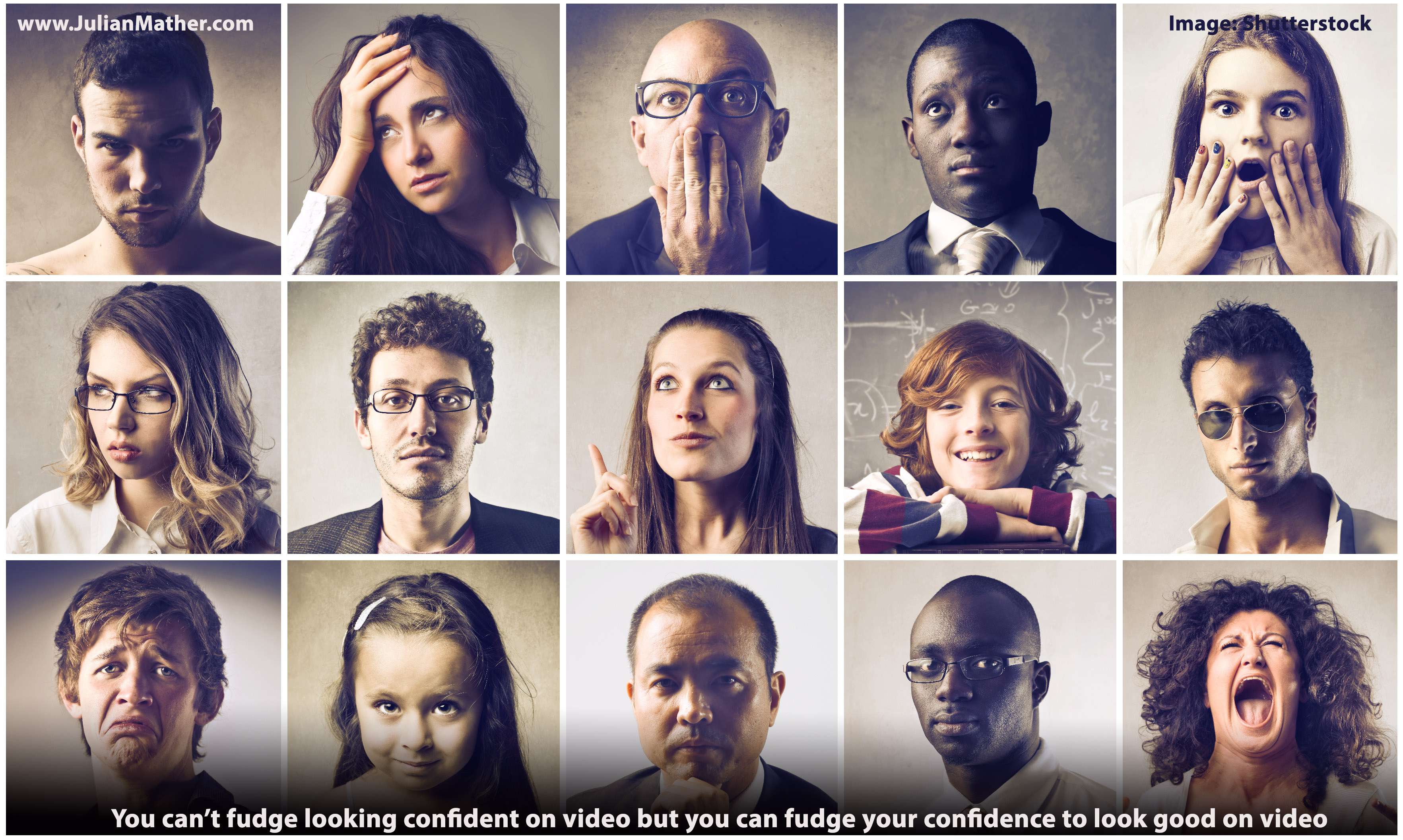 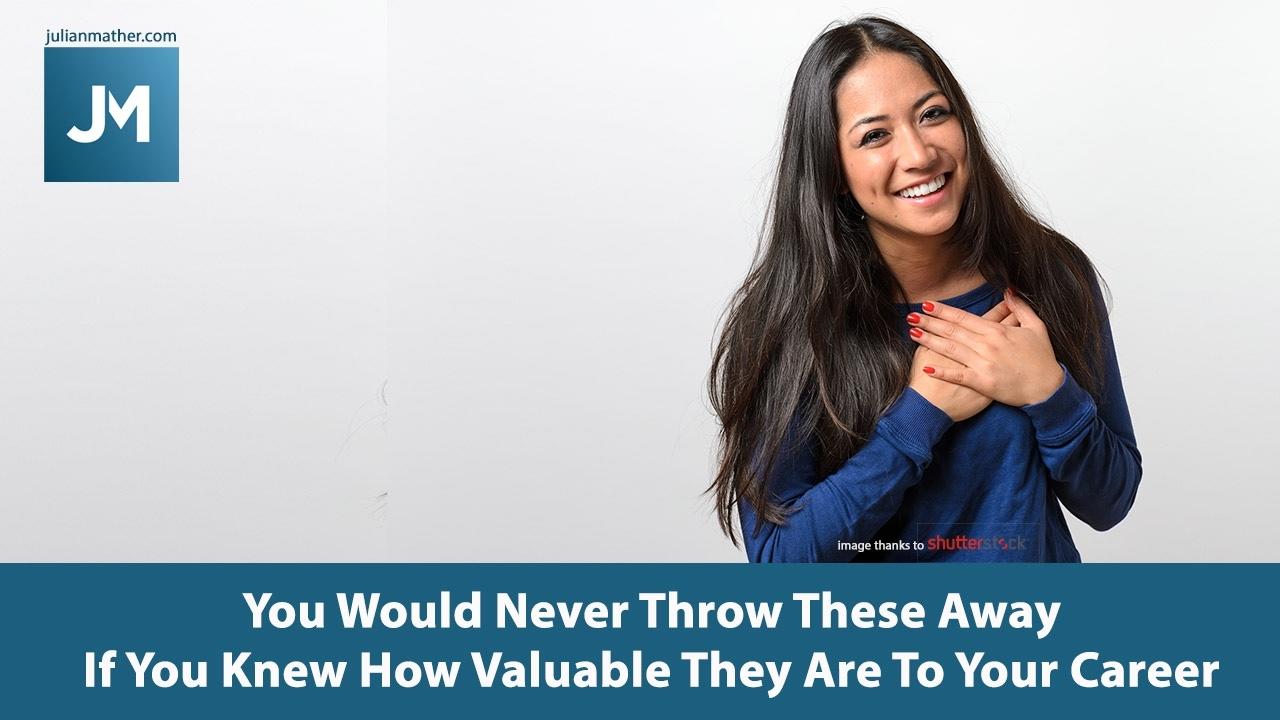 Nigel Reynolds was the first journalist to ever interview J.K.Rowling. The then fledging author gave him a first edition copy of her new book Harry Potter and the Philosopher’s Stone. Unimpressed, he threw it away. They now sell for $40K.

I was in the habit of throwing away something very small that I didn’t know the value of. It took a man named Victor Borge to set me straight.

Victor Borge, originally from Denmark, was a classical pianist.  He was also very funny. They called him the Clown Prince of Denmark. He starred in movies with Frank Sinatra. He had his own TV show on NBC.

At the end of his 7-decade career, I was in the first decade of my career and we got to work together very briefly. 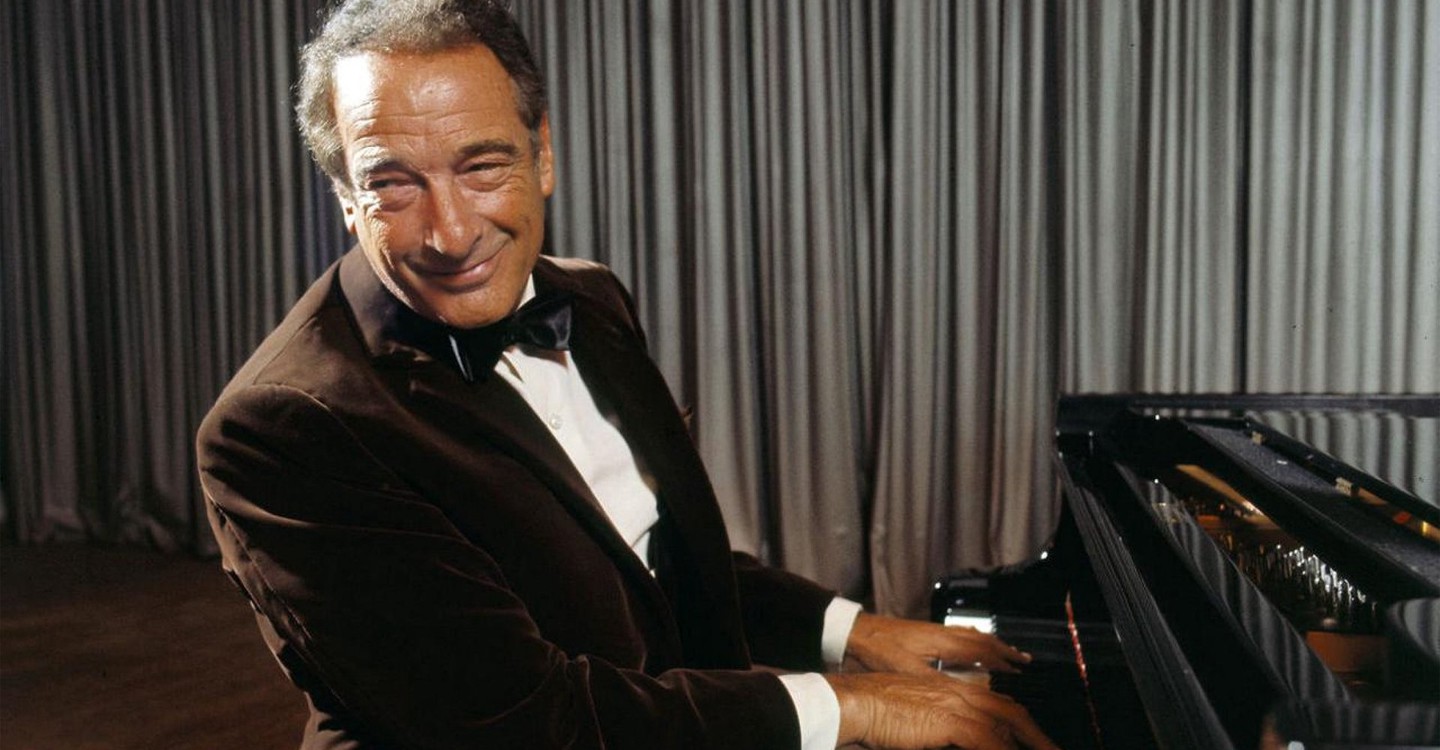 He was to be playing this beautiful black Steinway grand piano and I was to be filming him doing it. I was setting up all the lights. I was trying my hardest to make a name in the TV industry.

He said to me, “my boy, can I see the magic you are creating with your...

Are You Really Afraid Of Public Speaking?

When I was thirteen I used to be a petrol head, a Perry Piston, I loved riding dirt bikes. So did my brother. He was two years older, stronger and more competent.

One weekend we were doing what we loved best. Riding. Honing our skills. Hour upon hour in local forest reserves. I hadn’t seen by brother for the past hour. That changed moments later when he appeared directly in front of me as we both converged on a blind corner from opposite ends.

All I remember was putting hands to my face and the feeling of going over the handlebars and the indistinct and painless sensation of impact.

The next thing I remember is my brother’s horrified gaze.

I had blacked out and coming to I was on the ground looking up at a ring of faces. Their focus was on my left elbow. It was shattered.

Next day in the hospital, after surgery to rebuild my elbow and hold it all together with a six-inch screw - which I still have to this day - my brother visited and the first thing he said...

Courage, TV and the 9 Year Curse 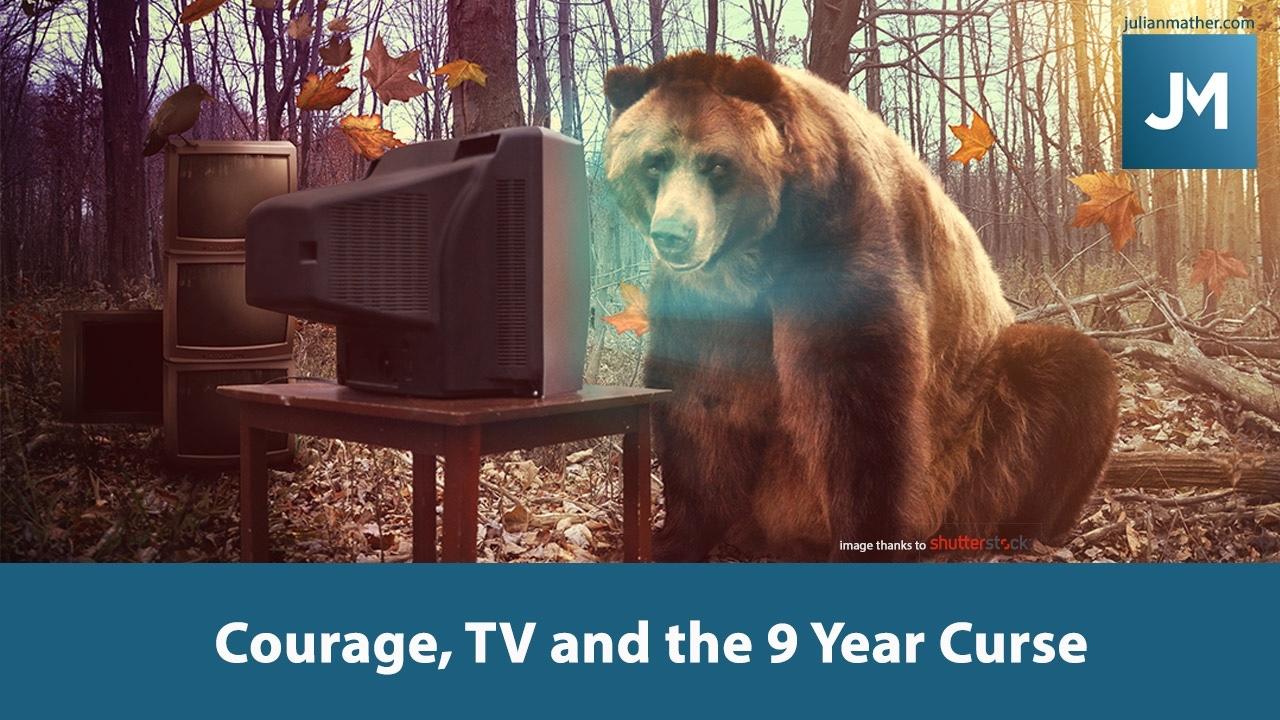 What would you do if I gave you nine whole years to add to your life? Would you think, what a big opportunity?

In a former life as a cameraman travelling around the world, I had what I call a ringside view of life. I got so close to a lot of people and saw, in many cases, intimately, what makes them tick.

One of these patterns ... and this is going to sound very odd … is that successful people collectively watched relatively little TV.  Successful people couldn't tell you who won Idol or America's Got Talent. A very general... 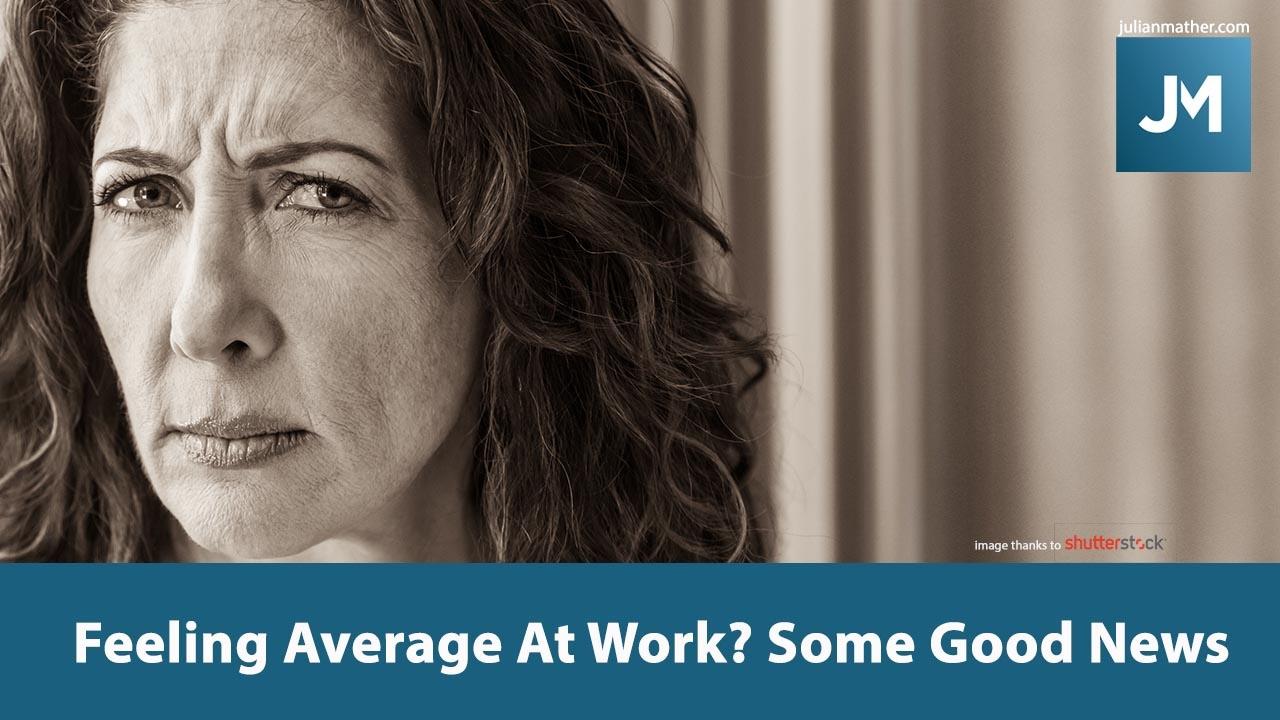 About ten years ago I bit into a cherry tomato and was stopped in my tracks. It was so tasty. I had forgotten when I last t-a-s-t-ed a real tomato. I looked at the plastic packaging and there was the phone number of the farmer who grew the tomato. I rang.

‘Are you the bloke who grows the tomatoes?’

‘Depends on who’s asking,’ was the cautious reply.

‘The happiest bloke on the planet right now,’ I shot back.

This moment came back just this morning when I was listening to Seth Godin’s podcast Akimbo while out learning on Footpath University.

It was all about the death of average. It started with a story about tomatoes in 1950 being too round. They rolled off the conveyor belt and slowed production. Enter Jack Hannah and the VF145. It was a square looking tomato. It solved this rolling-off problem. Only thing is it tasted like cardboard but hey, production increased.

They had taken perfect individual...

How To Measure Your Courage 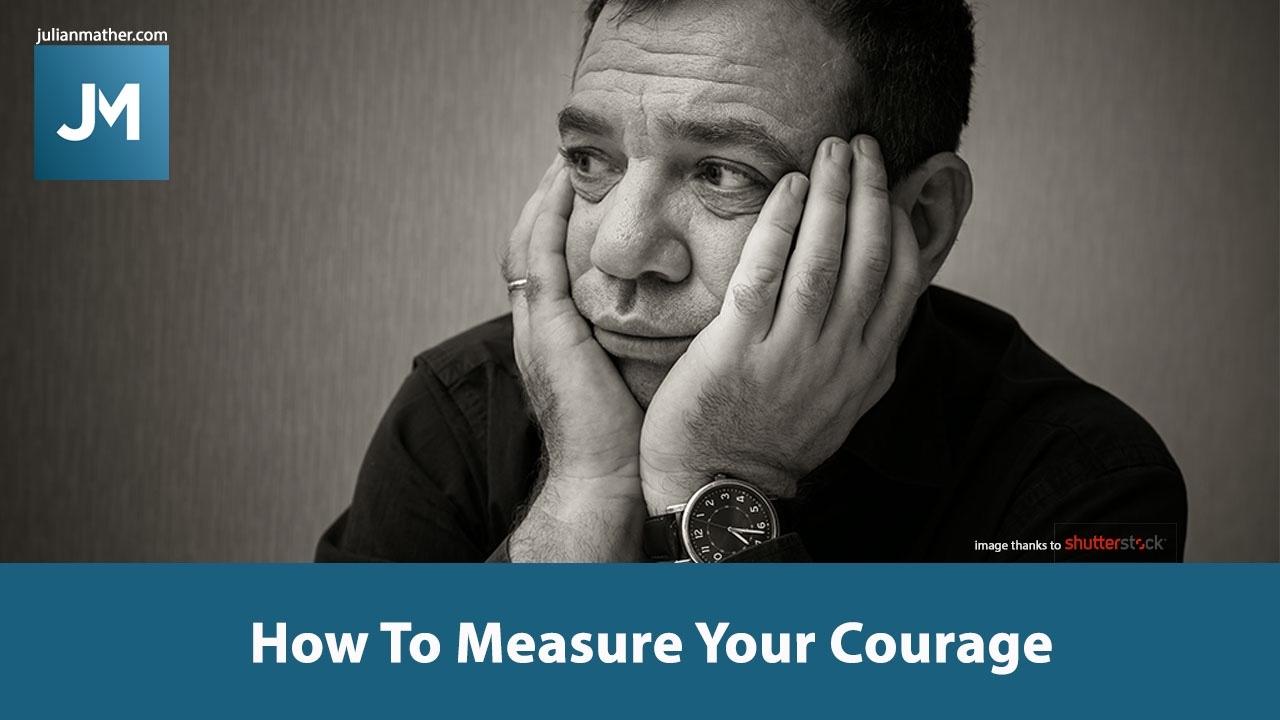 Whether 17 or 70 years old, this is a very worthy way to spend 5 minutes of your time.

Robert “Dusty” Staub, speaker and author, has been measuring CEO’s courage for the past 30 years. Tens of thousands of case studies to draw upon, and he concludes  "...executives are not failing due to a lack of IQ or ambition. Most every failure was due to a lack ... of nerve – in which one or more key acts of courage were missing.”

He has what he calls

The 7 Acts Of Courage

Assign yourself a value from 1-7 on each of 7 acts. Where are you strong? Where are you coming up short? Leverage your strengths and work on your least developed.

1) The Courage to Dream & Express It: (vision, big goals, putting it out there)

2) The Courage to See Current Reality: (seeing strengths, weaknesses, the state of your business, your career, your family, your life; taking any blinders off)

3) The Courage to Confront: (telling “truth to power”, willing to...

Courage, Safety Nets and Standing By Your People

Sept 14th, 1860 Charles Blondin becomes the first person to cross Niagara Falls on a tightrope .. not once .. many times…each time a little harder.

In a sack….on stilts…on a bicycle …he even carried a stove and cooked an omelette in the middle.

A buzz went through the crowd…they all leaned forward as he pushed a wheelbarrow with a sack of potatoes across Niagara Falls.

When he got to the Canadian side of the falls they say the noise of the crowd cheering at the other side was louder than the roar of the falls.

He turned to the crowd and challenged them. Do you think I can carry a person across in this wheelbarrow?

“Yes, yes, you are by the greatest tightrope walker the world has ever known…you can do anything”

“Alright, who wants to get in the wheelbarrow?” Blondin gestured.

No one got in.

There’s a big difference between saying we believe in something and doing it.

How Courageous a Leader Is Qantas C.E.O. Alan Joyce 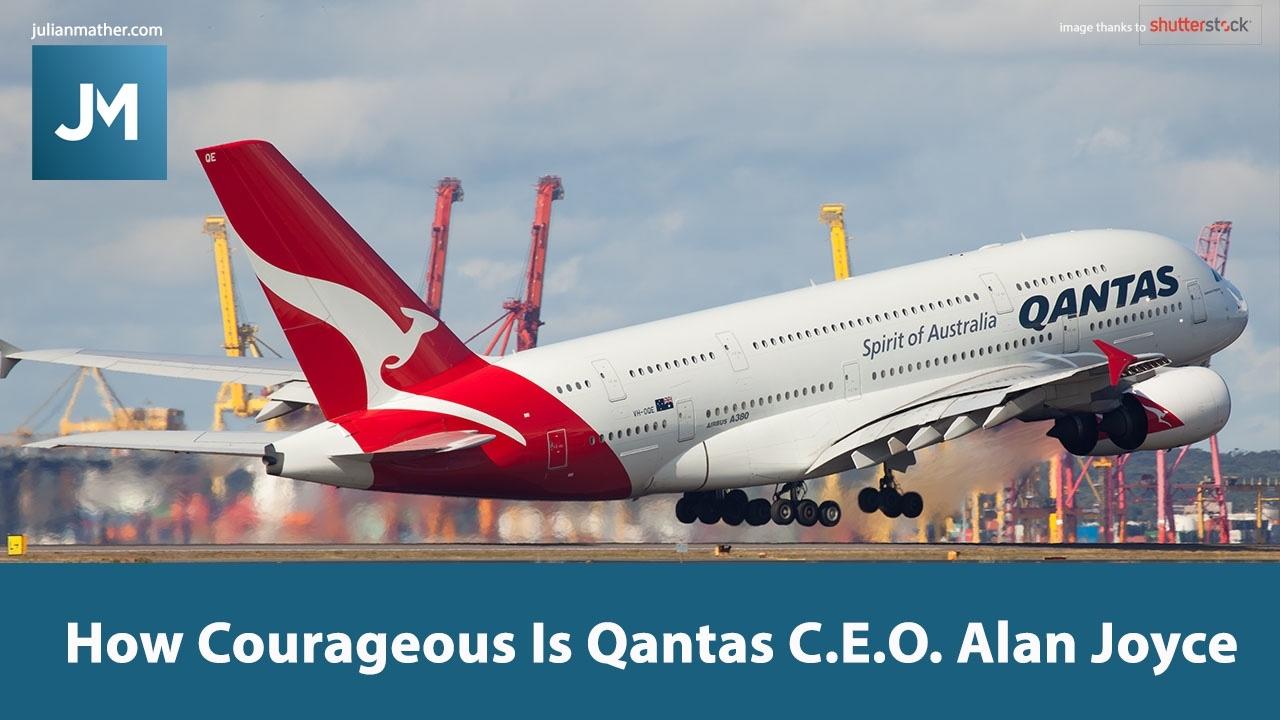 Courage and Qantas are unlikely bedfellows yet they've made headlines in 2018.

Courage in the Skies: The untold story of Qantas. This recently published book by Jim Eames tells of the brave men and women of Qantas fighting the good fight on the world stage during WW2. Those were the days when Qantas staff had ‘a bit of mettle about them.’

Just last week Qantas and courage awkwardly appeared under the same headline. Taiwan asked Qantas not bow to China’s insistence that Qantas refer to Taiwan as an independent country in its scheduling. Qantas bowed.

Australia’s Taipei Economic and Cultural Office felt somewhat let down and told The Australian newspaper: “We wish to refer to the [Qantas] motto… that says ‘the spirit of Australia’. Undoubtedly, this spirit should be predicated on freedom, courage, mutual respect”.

Qantas - and I really mean Alan Joyce - had no choice. It’s easy to say that Qantas should take a teaspoon of...

Have Your Employees Got An Attitude 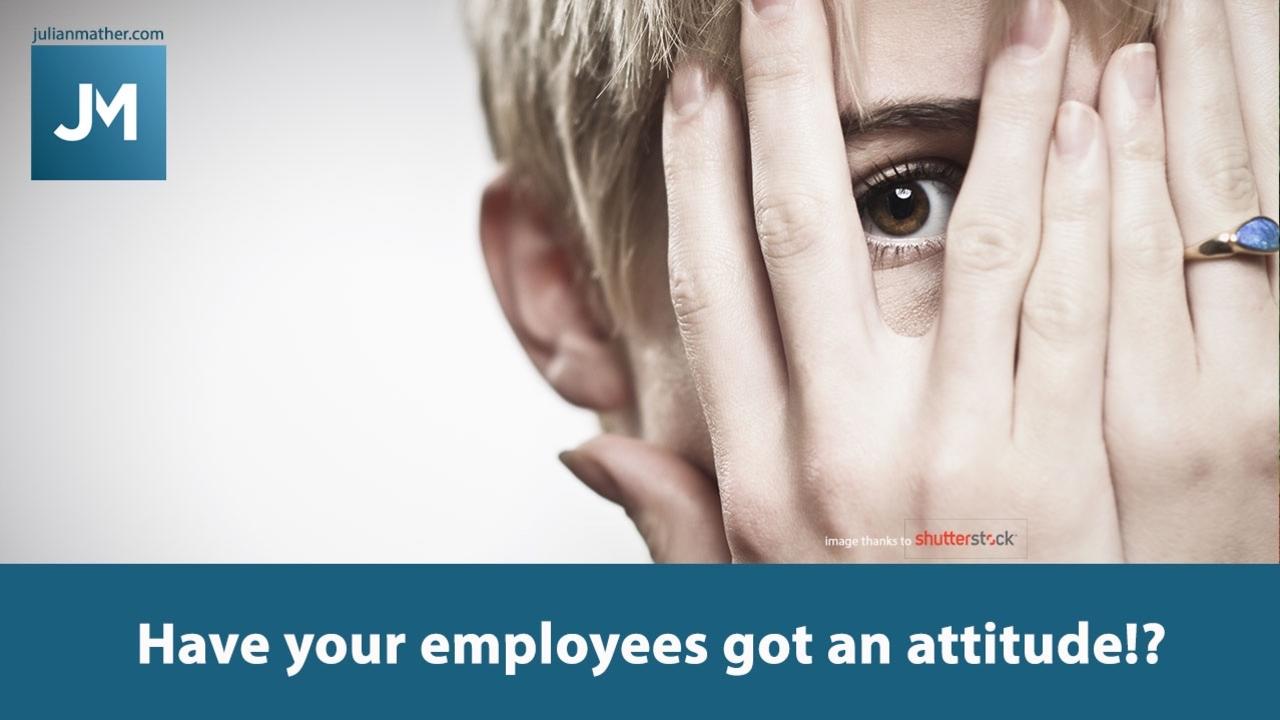 From where you sit, are your employees hobbling the potential of your business to earn greater, do greater, be greater? I’d love to know what you think, in your words, short or long.

What do YOU think is wrong with your employee’s attitude (if anything)?

Tell you why. I have been working with people outside the corporate world and effectively getting them to change their self-sabotaging attitude towards their work. The results are heartening. I have been studying the employee engagement ‘issue’ and I am disheartened. There’s a whole lot of unhappy people at work and a whole industry offering solutions and a whole lot of status quo at the end. Clearly what’s on offer isn’t working. This is why I turn to you.

I am writing a book called Does My Job Suck Or Is It Me? It’s a bottom-up/top-down look at why there are so many unhappy at work and is there a simpler way to fix it.

I started reading. Articles and books. Listening to podcasts. Binging on TED videos. I was confused by acronyms I didn’t understand. (It turns out it’s not just the military that suffers from O.R.O.A - Over Reliance On Acronyms). I gulped every time I read the intimidating bio of another expert author. Who was I to question their argument? The deeper I looked, the longer the words became, the more over-articulated the arguments were.

This George Orwell quote - from his 1946 essay Politics and the English Language - sprang to mind.

“The great enemy of clear language is insincerity. When there is a gap between one’s real and one’s declared aims, one turns as it were instinctively to long...

Next Get Video Smart Workshop

Read the most relevant book on business video

Download your complimentary copy, for free, right now and be blown away by what you learn.

Get your book + get updated monthly

I'm here to help, not hinder you. You can can unsubscribe discreetly at any time.